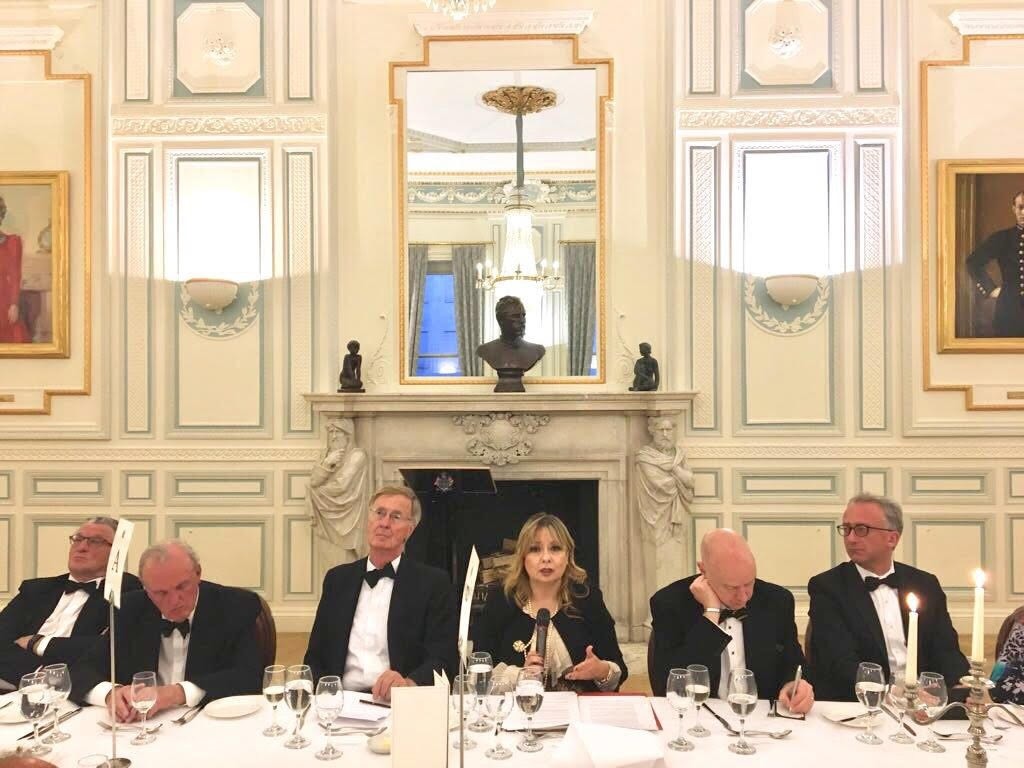 A senior adviser to President Recep Tayyip Erdoğan, Gülnur Aybet highlighted that Turkey and the United Kingdom should develop a common stance regarding the issue of Syria, PKK terrorists, Jerusalem and the U.S. withdrawal from the Iranian nuclear deal.

Accompanying President Erdoğan during his official visit to the country, Aybet attended the U.K. Defense and Security Forum as an honored guest on the invitation of former conservative M.P. Lady Olga Maitland.

Aybet talked about the Gülenist Terror Group (FETÖ) and PKK terror group's activities in Europe, the judicial process related to the July 15, 2016, failed coup attempt, as well as NATO's cooperation against terrorism.

Participants at the event included international investors, authors, diplomats, members of the royalty and former politicians.

Erdoğan paid an official visit to the U.K. on May 13-15 to meet Queen Elizabeth II and British Prime Minister Theresa May and to attend the seventh Turkish-British Tatlidil Forum in southern England.