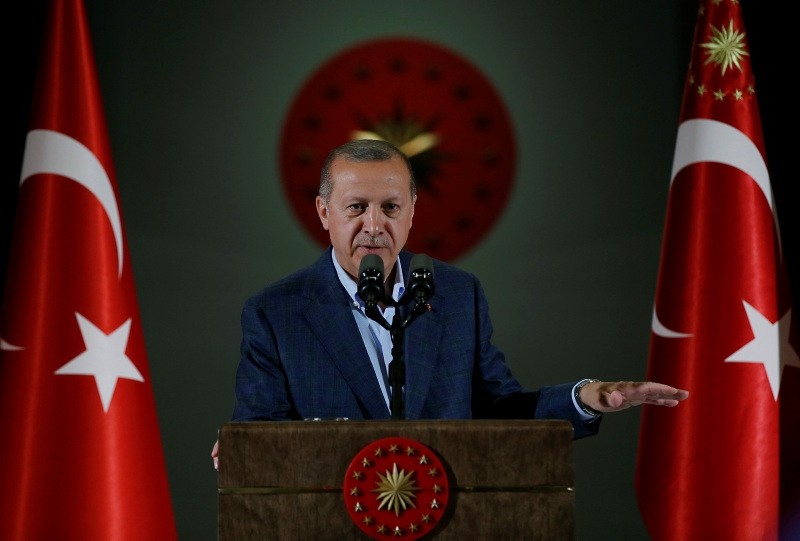 According to a statement by the presidency, the iftar will be held at the ruling Justice and Development Party's (AK Party) headquarters, where ambassadors of all countries, except for Israel, have been invited.

Eitan Na'eh, Israeli ambassador in Ankara, left Turkey on Wednesday at the country's request following indiscriminate violence and killings by Israeli soldiers along the Gaza border.

Turkish Foreign Ministry on Tuesday had summoned Na'eh to tell him it would be "appropriate" for him to return to his country "for a while."

Last Monday, at least 65 Palestinians were martyred by Israeli gunfire during protests in eastern Gaza. Thousands more were injured.

The demonstration coincided with the Nakba -- the "catastrophe," marking the anniversary of the founding of Israel and the resulting injustices -- and relocation of the U.S. Embassy in Israel to Jerusalem.

Since the Gaza rallies began on March 30, more than 110 Palestinian demonstrators have been killed by Israeli army gunfire.