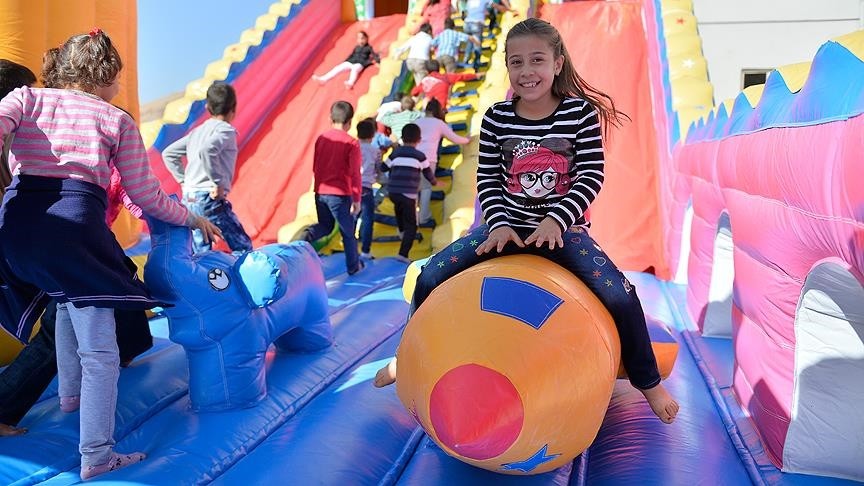 Municipalities taken from mayors with alleged links to terror groups have taken significant steps to provide much-needed services in the eastern and southeastern regions of the country since trustees were appointed by the Interior Ministry some 20 months ago.

Since 2016, Turkey has removed the elected administrations of 93 municipalities in the region for their links to the PKK terrorist group. The PKK is listed as a terrorist organization by Turkey, the United States and the European Union.

The trustees, mostly bureaucrats who serve as district governors in the region, have been applauded by the public for the positive changes they have brought to the towns and cities.

In trustee-run municipalities, damaged infrastructure for drinking water, waste water and sanitation has been repaired and new ones built where necessary.

While more than 5,500 kilometers of sewer lines were laid in the region, nearly 6,000 water wells and 26 drinking water purification facilities were also built.

The more than 530,000 people in the region have benefited from the 46 new youth centers and 917 classes teaching various courses. Some 117 cultural centers were also opened, serving more than 107,000 people so far.

among the services created for the people in the region. In an effort to increase greenery, more than 2.2 million trees were planted.

Aside from infrastructure and environmental services, municipalities also reached out to people in need by providing humanitarian aid, as well as aid for underprivileged ill and the elderly.

Under the former mayors' administration, the municipalities had also accumulated more than TL 1.6 billion ($347.66 million) in public debt and about TL 620 million in private debt.

The trustees have already repaid more than half of the accumulated public and private debt over the past 20 months.