Lifting state of emergency will be on new gov't agenda: PM Yıldırım 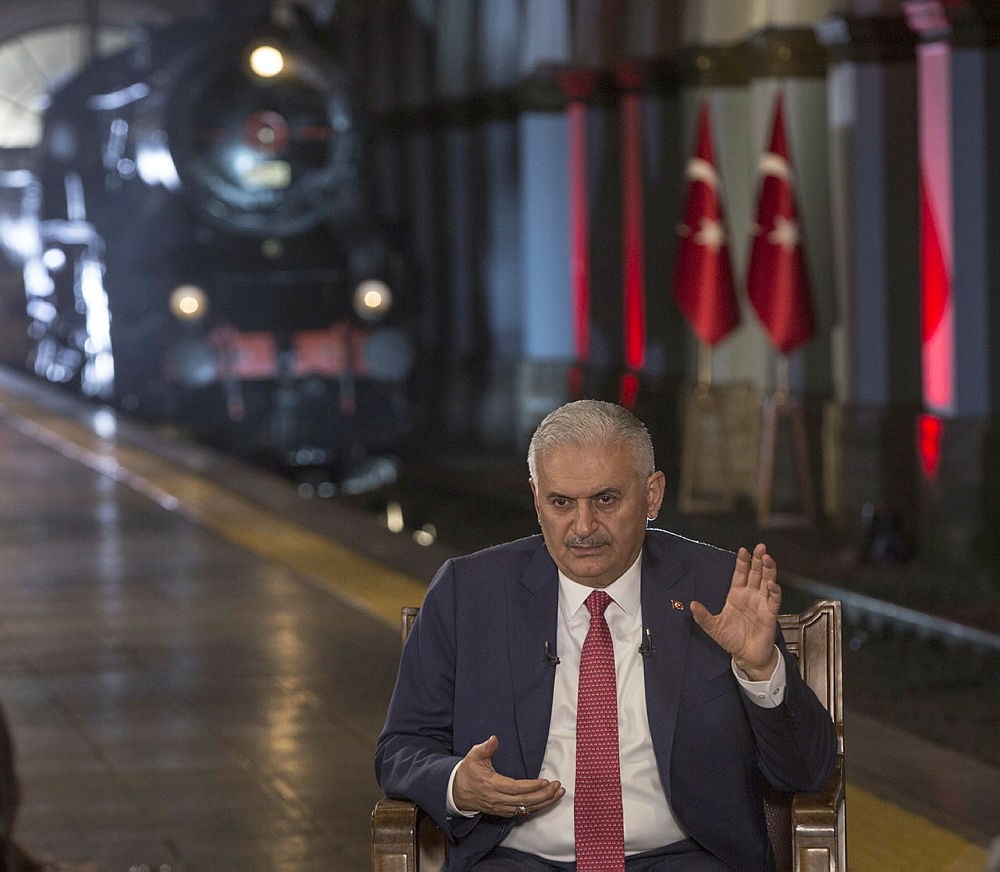 Prime Minister Binali Yıldırım on Friday said that he hopes that the new government will take the state of emergency issue on its agenda and will work towards lifting it following the June 24 presidential and parliamentary elections.

Speaking at a live interview on NTV news channel, Yıldırım said: "The state of emergency has given us an important flexibility in the fight against the Gülenist Terror Group following the July 15 coup attempt. The courts are sentencing suspects who were involved in the coup. There are very few ongoing lawsuits."

On Thursday, President Erdoğan also said his government will discuss in details and make necessary assessments to lift the state of emergency imposed following the deadly coup attempt on July 15, 2016.

Parliament voted in April to extend the state of emergency imposed on July 20, 2016, by another three months for the seventh time.

Turkey first declared a state of emergency on July 20, 2016, following the deadly coup attempt by the Gülenist Terror Group (FETÖ), which killed 250 people and left 2,200 injured.

In the year-and-a-half since security forces have arrested thousands suspected of involvement in the coup bid – many holding positions in the government and military – and are thought to pose a continuing threat.

Yıldırım also said that Turkey suspended the migrant readmission deal only with Greece and canceling the deal with the European Union is out of the question.

Yıldırım's remarks came after Greek authorities decided to release putschist soldiers in police custody while they await their asylum applications despite Turkey's demand for their extradition. After the coup attempt in 2016, eight soldiers – two commanders, four captains and two sergeants – escaped to Greece in a Sikorsky helicopter and landed in Alexandroupolis. Following their landing, they asked for asylum from Greek authorities.

The prime minister also slammed Austria's decision to shut down seven mosques and expel 40 imams, terming it against international law.

"It is quite wrong. It neither suits universal legal rules nor EU values and migrants' law."

Earlier on Friday, Austrian Chancellor Sebastian Kurz announced that seven mosques will be shut down in the country while 40 imams will be expelled on grounds of being foreign-funded.

Speaking at a news conference with Vice Chancellor Heinz-Christian Strache and EU Affairs Minister Gernot Blumel, Kurz said the move was part of a crackdown on "political Islam".

Kurz said an investigation on several mosques and associations conducted by the Ministry of Interior and Office of Religious Affairs had been concluded and the activities of seven mosques were found to be forbidden -- one of the mosques belongs to the Turkish-Islamic Cultural Associations (ATIB).