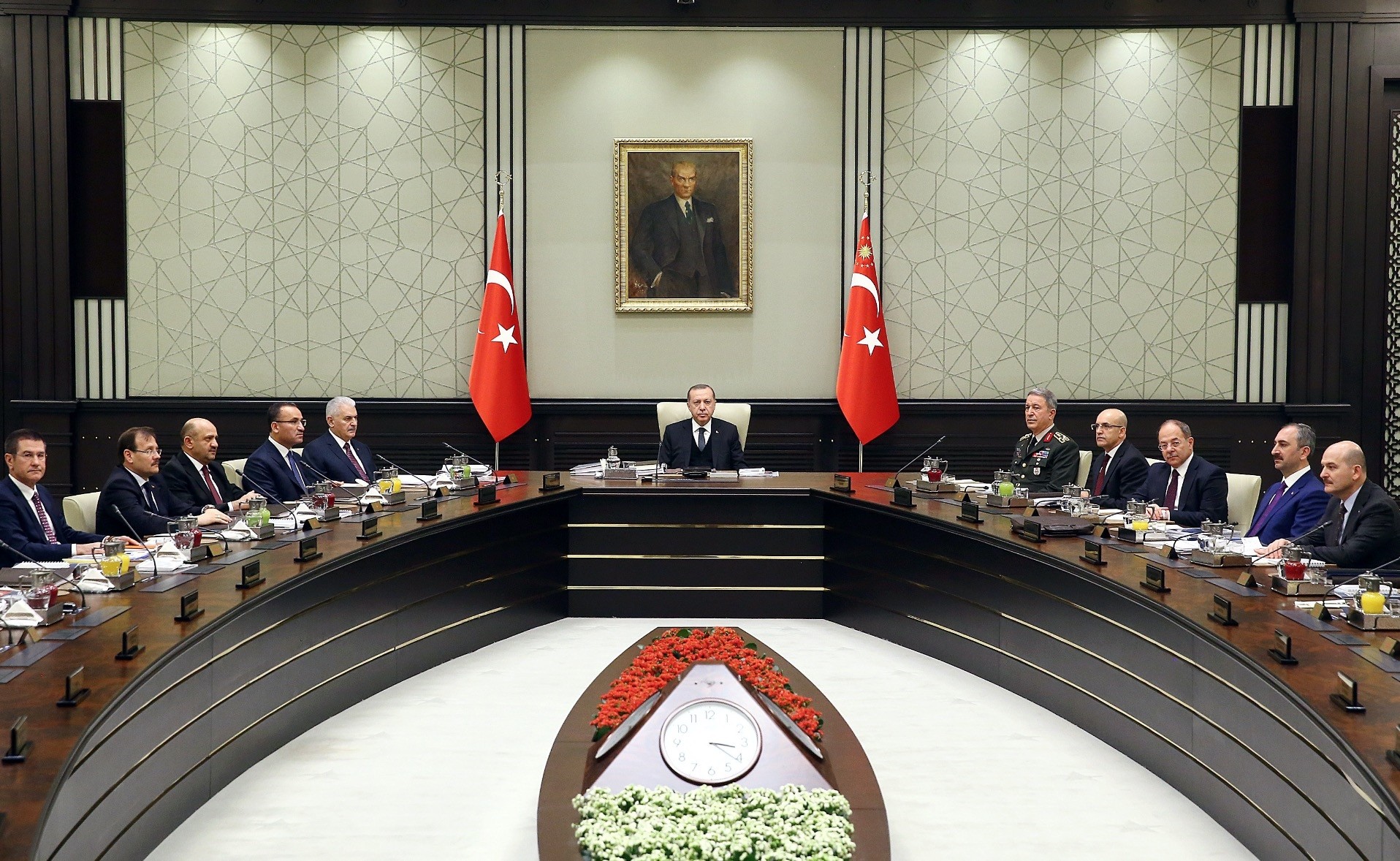 In the past decade-and-a-half of AK Party's rule, major reforms have been taken to balance the influence of the military over democratic politics and strengthen democratic institutions in the country

Under the guidance of the Justice and Development Party (AK Party) steps have been taken to strengthen state institutions through a more democratic approach and civilian character to establish a balance between military and civilian ties.

One of the steps toward this aim was the restructuring of the Supreme Military Council, which resulted in admirals, the commander of the gendarmerie forces, the fleet commander, generals and army commanders no longer being able to attend the council as members. Currently, the members of the Supreme Military Council are as follows: The Prime Minister, the Chief of General Staff, the Deputy Prime Minister, the Minister of Justice, the Foreign Minister, the Interior Minister, the Minister of Defense and the commanders-in-chief of the armed forces. This step was taken to limit the possible influence of the military on the democratically elected government and decision-making mechanisms.

The Supreme Military Council, which previously met in the General Staff, convened in Çankaya Palace for the first time on July 28, 2016.

Such a significant step was also part of Turkey's democratization process and reforms for the country's accession to the European Union. The removal of the military tutelage over civilian democratic institutions helped strengthen individual citizen's democratic clout against the country's military, which has had a negative record of influencing politics in the past. 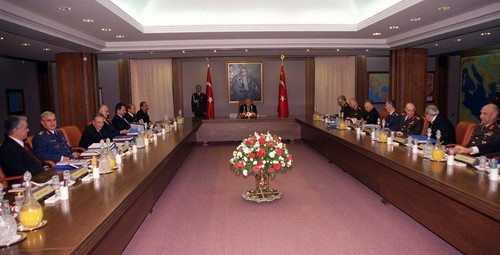 Other examples of steps taken include the transfer of all military hospitals to the Ministry of Health and the establishment of the National Defense University on July 31, 2016, which will provide training of general staff officers.

The AK Party also took steps after the April 16 referendum in 2017 to guarantee that under no conditions will the military ever be allowed to take control of the country again.

Additional measures were put in place to strengthen the judiciary with the abolition of the military high administrative court and all other military courts.

The AK Party had also taken steps to strengthen the country's democracy, including making it more difficult to close political parties. Accordingly, the changes to the Constitution now stipulate the rules concerning party closures. The last of such legal changes was made in 2015. Currently, Parliament must grant permission for opening a case against a political party.

The AK Party previously faced closure cases in 2002 and 2008. The party narrowly survived the 2008 case, as six of the 11 judges in the Constitutional Court voted in favor of closing the party - seven votes were required to close a party.

Another step toward increasing civilian input was taken in August 2004, when, for the first time, a civilian was appointed general secretary of the National Security Council. Mehmet Yiğit Alpoğan, Turkey's ambassador to Athens, was appointed on Oct. 1, 2004 and served in the post until July 16, 2007. Following his appointment, civilians have continued to be appointed to the position.

Furthermore, the e-memorandum has been deleted from the website of the General Staff. On April 27, 2007, the Turkish Armed Forces (TSK) gave a memorandum to the AK Party shortly after AK Party's announcement of Abdullah Gül as its candidate for president. The memorandum was released on the website of the General Staff and therefore known as "e-memorandum." At the time, it perceived as a signal of a pending coup. However, after the AK Party's landslide election victory in the July 22, 2007 elections, the deadlock of the opposition over presidential elections ended. Former Chief of General Staff Gen. Yaşar Büyükanıt has since said he wrote the memorandum. In August 2011, the e-memorandum was deleted from the website.

The trials of the putschists that orchestrated the Sept. 12, 1980 coup were also made possible during the rule of the AK Party. The constitutional provision protecting the putschists was canceled and the surviving perpetrators of the coup were convicted of crimes against the state and sentenced to life imprisonment in 2014. Kenan Evren and former Air Forces Cmdr. Gen. Tahsin Şahinkaya were the first generals to be tried and convicted of leading a coup in Turkey. Evren's trial was made possible after the 2010 referendum that introduced several changes to the Constitution.

During AK Party rule, State Security Courts (DGM), which were believed to have been undermining judicial independence, were also removed in 2004 through a change to the Constitution.

The DGM was first introduced with an additional article in 1973 to the Constitution of 1961 and was reinstated in the Constitution of 1982. Until 2004, the National Security Court was to address the potential issues arising from national security. According to those changes, cases that were addressed by the DGMs were to be heard in assize courts.