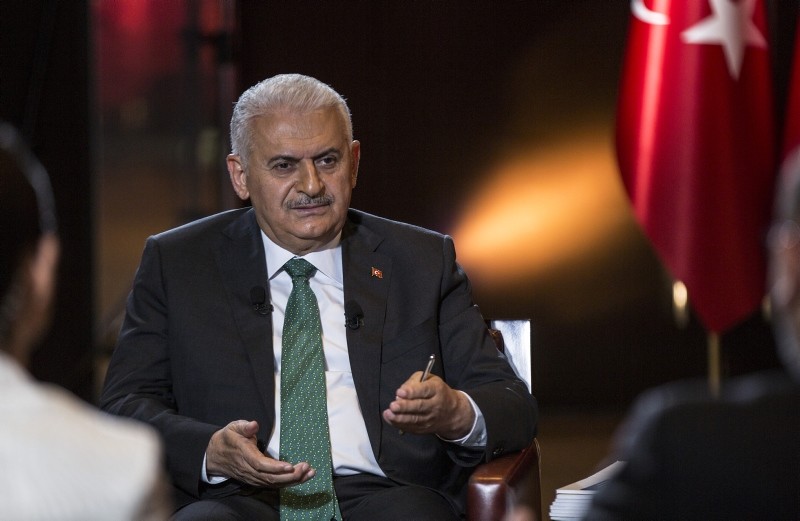 Prime Minister Binali Yıldırım announced Thursday that 11 temporary military bases have been set up in northern Iraq where the Turkish Armed Forces (TSK) are already carrying out an offensive to eliminate the PKK terrorist organization's leadership from the Qandil mountains.

Speaking in a live interview with A Haber on Thursday, Yıldırım said 400 square kilometers have been cleared of terrorists so far and some senior figures were killed in airstrikes.

President Recep Tayyip Erdoğan said Thursday in the central province of Kahramanmaraş that 35 senior figures were killed during the recent operation on Qandil.

"Qandil, Makhmur and Sinjar are the areas where PKK terrorists are positioned. Weapons and logistics were provided from these positions. Cadres were killed in recent airstrikes," the president said.

Turkey recently launched an operation on the Qandil mountains to eliminate the PKK presence along Turkey's borders.

Turkish security forces have so far crossed almost 30 kilometers into northern Iraq. Nearly 200 terrorists have been killed in recent airstrikes on PKK targets in northern Iraq.

The Qandil mountains, located roughly 40 kilometers southeast of the Turkish border in Iraq's Irbil province, are being used as headquarters by the PKK and its Iranian affiliate, the Kurdistan Free Life Party (PJAK), although the area is under de jure control of the Kurdistan Regional Government (KRG).

"Iran does not support common operations, but Turkey has had no problem with Iran over the Qandil operation," he said.

"Turkey will clear Qandil from terrorists just like it did in northwestern Syria's Afrin during Operation Olive Branch," he added.