CHP shrinks away from facing intraparty criticism, chooses instead to crush dissent 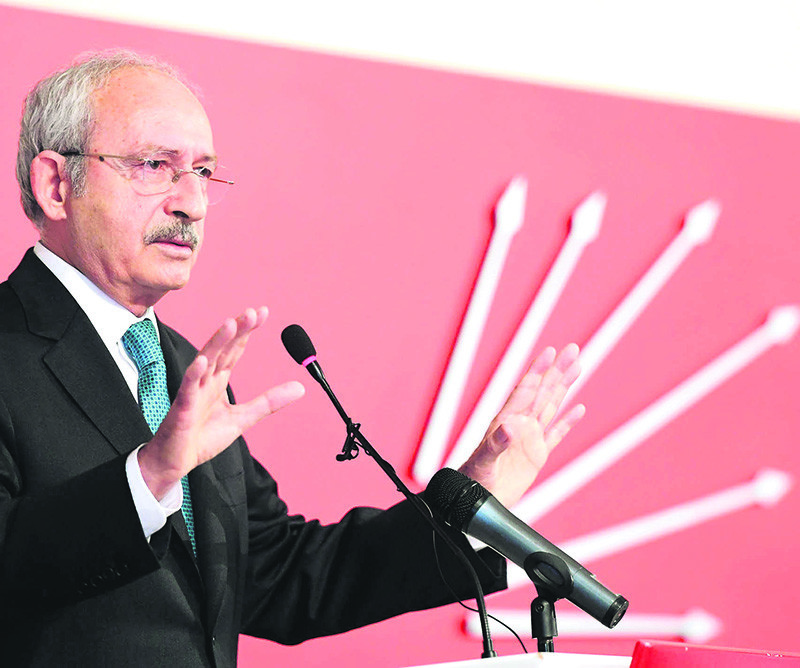 After dissident figures in the CHP criticized Chairman Kemal Kılıçdaroğlu, the party once again accepted little dissent and tried to hide fissures within the party by muting critical voices

In the latest move, CHP authorities decided last week to refer the party's Elazığ deputy Gürsel Erol to the disciplinary commission to expel him, following his criticism of party chairman Kemal Kılıçdaroğlu.

Criticism directed at Kılıçdaroğlu has increased recently with the election failure on the grounds that he has been showing "a poor performance," yet he is not willing to leave the post.

Following the election results, Erol, who became CHP's first deputy after 41 years in the eastern Elazığ province, had called on Kılıçdaroğlu to resign from the party and for a sit-in protest as the CHP has repeatedly faced defeats in elections.

The Party Assembly convened last week to discuss the issue of referring some party members to the disciplinary commission, including Gürsel Erol, Necati Yılmaz, Eren Erdem, and Erdal Aksünger. The Assembly did not take disciplinary action against Aksünger, Erdem and Yılmaz, who are all former deputies.

"If we are talking about intraparty democracy, this (criticizing) is our natural right," Aksünger, a member of the Party Assembly, said ahead of the meeting.

Aksünger's statements indicated that the CHP accepts little dissent and aims to hide fissures within the party by muting the dissenters' voices.

Previously, the party had followed similar policies to silence criticism.

Süheyl Batum, former secretary-general, was expelled from the party in 2014, when he stated that the party was following inconsistent policies. Batum strongly criticized the party's decision and stressed that he did not violate the principles of the party. He later opened a file against the decision and as a result returned to the party in 2015.

When Fikri Sağlar, former CHP Mersin deputy, criticized the party he too was referred to the disciplinary committee due to his criticism of Kılıçdaroğlu in 2017. Sağlar pointed out that Kılıçdaroğlu was not allowing any decision to be taken in the Party Assembly. He was not expelled from the party but received reprimand.

Sağlar continued his criticism of Kılıçdaroğlu after the June 24 elections. Referring to statements by Kılıçdaroğlu following the elections, he pointed out that it was Kılçdaroğlu who was "unwilling to leave his post."

In his first statement after the election results Kılıçdaroğlu said on June 26 that, "there is no place in the CHP for the ones who only pursue individual goals." The statements by Kılıçdaroğlu faced harsh criticism from party dissents who pointed to the failure of the party in nine elections.