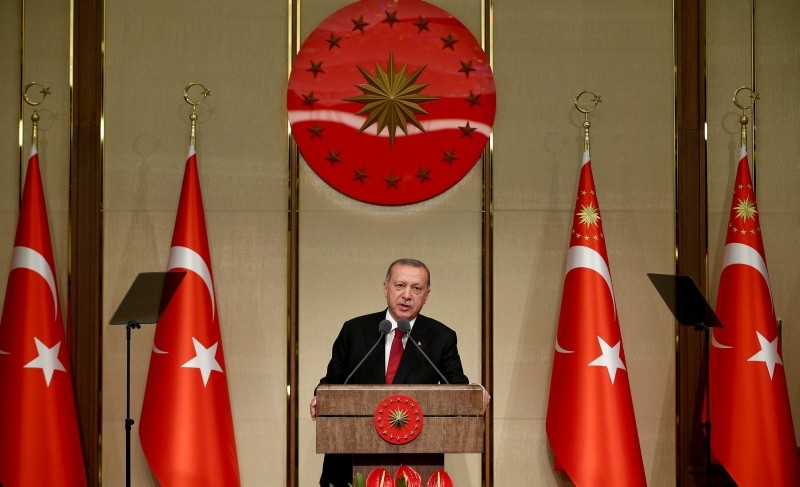 Turkey will not forget the night of the defeated coup attempt of July 15, 2016, Turkish President Recep Tayyip Erdoğan said on Sunday.

"We will not let July 15 be forgotten, we will not forget it," Erdoğan said during a meeting at the presidential complex with the relatives of victims and veterans of people who helped beat back the coup.

Today, Turkey marks the second anniversary of the defeated coup, committed by the Gülenist Terror Group (FETÖ) and its U.S.-based leader Fetullah Gülen, which left 251 people killed and nearly 2,200 injured.

"Every [member] of the martyrs' families and veterans is like my true brother," Erdogan said.

He added that he would see any harm done to those people as a personal affront, adding: "I will act accordingly".

The president also said that those who try to trivialize the defeated coup are reflecting their "arrogance and hatred towards our country and our nation."

Erdoğan said that much like the PKK and Daesh, the terror group FETÖ works to harm Turkey's unity and future.

The president also vowed to finish off every single FETÖ terrorist cell.

Continuing commemorative events, later on Sunday Erdoğan will join a march on Istanbul's July 15 Martyrs' Bridge. He will also unveil the July 15 Martyrs' Museum, which is still under construction.

At the presidential complex, Erdoğan also announced that so far this year, the Turkish army has neutralized nearly 1,400 terrorists in operations in both Turkey and northern Iraq.