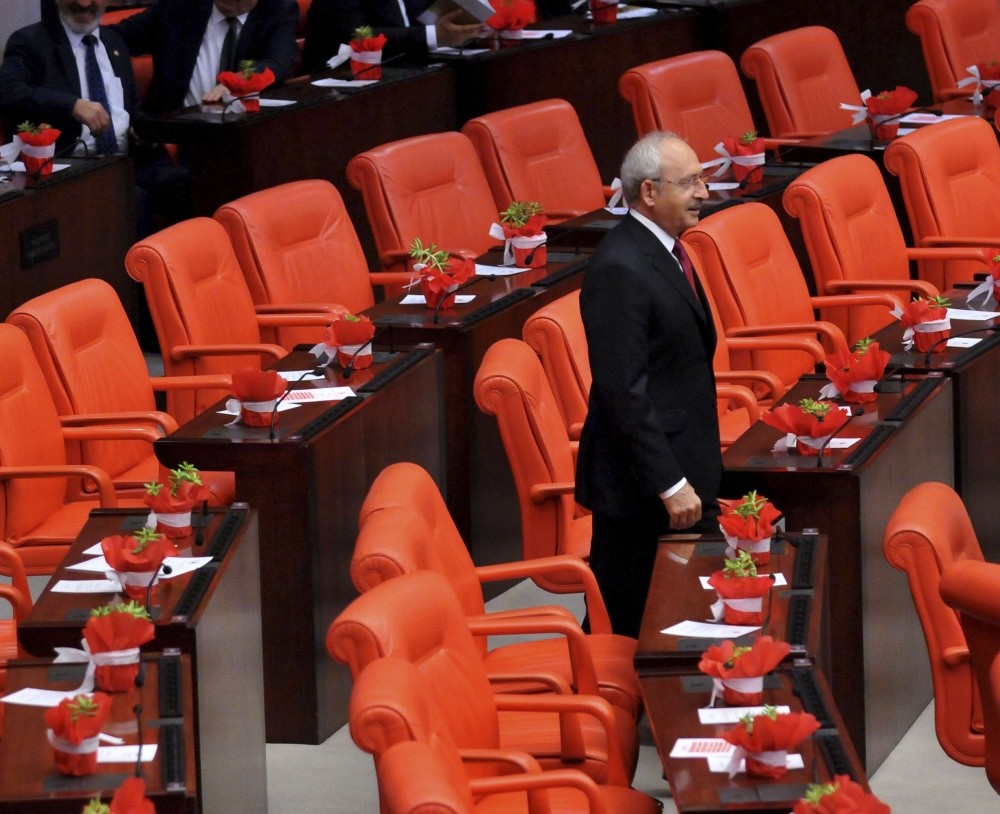 The Republican People's Party (CHP) has entered a critical week as the opposition party, led by Muharrem İnce, continues to collect signatures for an extraordinary convention with the number reaching 606 as of yesterday, according to CHP deputy Yaşar Tüzün. As the signature-collection period will expire on Friday, should enough signatures be collected, the party Chair Kemal Kılıçdaroğlu (L) will be required to summon a convention within the next 45 days. Dissidents in the party, who support İnce for the party's chairmanship against incumbent Kılıçdaroğlu began to collect signatures last Monday to hold an extraordinary convention.

According to CHP bylaws, 634 delegates must submit their signatures to party headquarters within 15 days after the process officially starts.

Meanwhile, almost quorum signatures have been collected, İnce and his supporters stated that they will not submit the signatures until Friday, which is the deadline for the collection, to avoid any withdrawals.

Accordingly, Tanju Özcan, CHP deputy from Bolu, tweeted over the weekend that representatives that signed the petition have been faced with subtle threats by the CHP administration. It is claimed that representatives are being called and threatened, pointing to the upcoming local elections as signatures become a matter of bargaining for the positions of municipalities in big cities.

After İnce received 30 percent of the votes in the presidential elections on June 24 and attracted four million more votes, surpassing the party's votes in the parliamentary elections with eight percentage points, the party has been shaken by acrimonious in-house discussions since then.

İnce and his supporters have been blaming Kılıçdaroğlu for the failure in the four previous general elections, and hence began a petition for the extraordinary convention to dethrone Kılıçdaroğlu with the motto "hope and change."

Moreover, according to reports, the CHP administration is getting ready to organize a new "justice" march on the pretext of the arrest of CHP İstanbul deputy Enis Berberoğlu, who was sentenced to five years and 10 months in jail for releasing state secrets in the lawsuit publicly known as the National Intelligence Agency (MIT) trucks case. The prosecutor had previously asked for a life sentence for Berberoğlu on charges of helping the Gülenist Terror Group (FETÖ) in the espionage case. The CHP administration is hoping that a demonstration of this nature will increase unity and solidarity within the party, as it had in the Justice March, which resulted in the postponing of the extraordinary convention discussions previously.