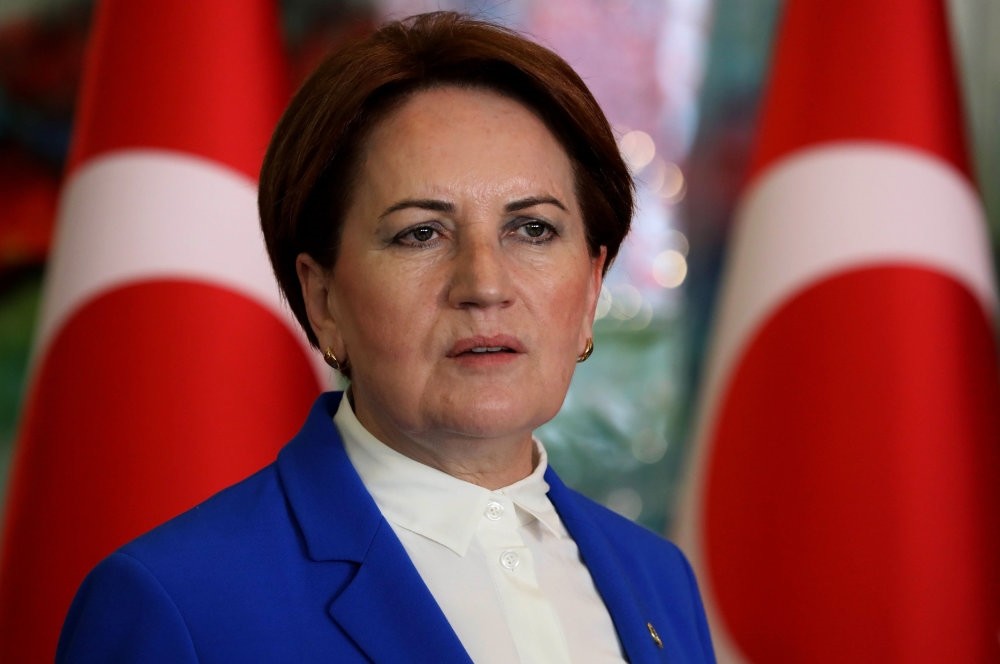 Good Party (İP) Chairwoman Meral Akşener asked for time to reconsider her decision not to rerun for party leadership following the extraordinary convention decision of the party's administration last week. Addressing the people who gathered in front of Akşener's home to declare support for her leadership on Monday, Deputy Chairman Lütfü Türkkan said Akşener had asked for 72 hours to reconsider her decision after she held meetings with the party officials. "You should trust the party's administration. Give us 72 hours, and we will meet here again," Türkkan said to soothe Akşener's supporters. The İP announced Sunday that an emergency convention would be held on a future date. Following the decision, Akşener announced on Twitter that she would not seek re-election in the convention. The decision came after a consultative party camp in western Afyonkarahisar province, in which, according to reports, tension ran high to draw a new road map to prevent the dissolution of the party, with many blaming Akşener for the poor results.

The party's problems began before the June 24 elections as some prominent members resigned from parliamentarian candidacy due to their uneasiness of their positions in the candidate lists. One of the founders of the party, Yusuf Halaçoğlu, publicly complained about his party's failure to not nominate him. Also, the founder of the party's youth branch, Osman Ertürk Özel, who became one of İP's most public faces in the pre-election period, announced his withdrawal as his party's parliamentary nominee on his Twitter account, reportedly in reaction to his low position on the candidate lists. After the elections, scores of party members and several provincial heads resigned from the party after expressing their discontent with the results. The latest resignation was İP Deputy Chairperson Ayfer Yılmaz, who left earlier this month.

On June 24, Akşener gathered some 7 percent of the vote, well below the hype created at home and abroad. Her party, on the other hand, was able to send 44 deputies to Parliament thanks to the alliance formed with the main opposition Republican People's Party (CHP). It received around 9.95 percent of the votes.

The Nationalist Movement Party (MHP) lost some of its members following a legal and leadership battle that began after the Nov. 1, 2015 elections, where the party barely crossed the 10 percent national election threshold and lost half its deputies compared to the June 7, 2015 elections.

During the process, then-MHP deputies Akşener and Koray Aydın were the main names that raised their voices against MHP Chairman Devlet Bahçeli, who has ruled the party since 1997. The group was later joined by the party's then-Vice Chairman Ümit Özdağ and a number of other deputies. As they failed to dislodge Bahçeli after a heated judicial process, they left the party in 2016. In October 2017, the İP was founded by the dissidents under the leadership of Akşener.