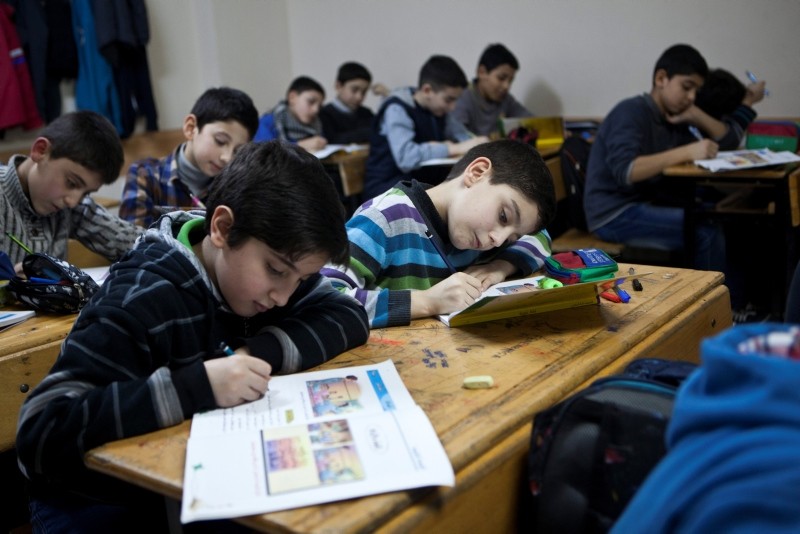 The European Union on Wednesday approved a new assistance package worth €400 million ($468 million) for the education of Syrian refugees in Turkey.

According to a statement from the European Commission, the funding is the first action adopted following the agreement by EU member states to finance an additional €3 billion ($3.5 billion) for the Facility for Refugees in Turkey.

The package will focus on outreach, increasing quality of education for students, Turkish language training for adults, the continuation and improvement of the examination system, and social cohesion activities, the commission said.

"With the endorsement of the second tranche of funding by EU member states, we are continuing to deliver on our commitment to support Syrian refugees and host communities in Turkey," Johannes Hahn, commissioner for European Neighbourhood Policy and Enlargement Negotiations, said.

In March 2016, EU and Turkey reached an agreement to stop irregular migration through the Aegean Sea, and improve the conditions of Syrian refugees in Turkey.

The EU Facility for Refugees in Turkey was set up in 2015 to support Syrian refugees in Turkey. The EU facility has a total budget of €6 billion ($7 billion) from the EU budget and the EU members.

Turkey hosts nearly 3.6 million Syrian refugees, more than any other country in the world.

As of the beginning of 2018, the country has nearly spent $30 billion for the refugees it hosts, according to a report by the Turkish parliament.

In 2016, Turkey was named the most generous nation as per percentage to gross national income and it came in second after the U.S. on a list of most charitable countries in the world.