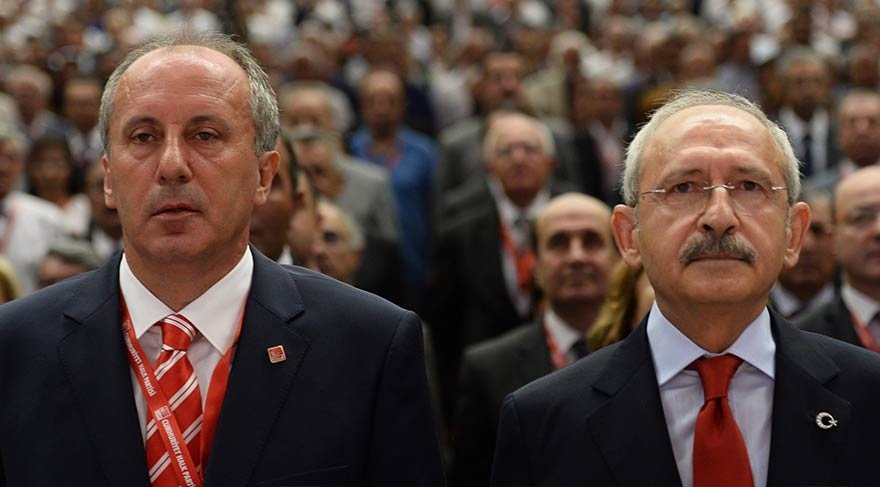 The debates over an extraordinary convention continue to haunt the CHP as the dissidents say they have reached quorum, a claim denied by the party administration

The main opposition Republican People's Party (CHP) on Friday announced that the party's dissidents had failed to collect a sufficient number of signatures from delegates to convene an extraordinary convention and that an official statement is set to be made by the CHP administration on Aug. 6. According to media reports Friday, 614 delegate signatures certified by the notary were submitted contrary to dissidents' earlier claims of 630. Four repeated signatures signed and five signatures belonging to former delegates were omitted. Following the omission, 605 signatures were left. The dissidents and the party administration have different opinions as to how many delegates must provide signatures to call for an emergency convention.

While the dissidents say that 621 signatures would be enough, the party administration says that 624 signatures are needed.

Dissidents on Thursday had submitted delegate signatures to the party administration following the deadline of the 15-day period to gather signatures amid turmoil within the party.

CHP Vice Chairman Muharrem Erkek from the party administration announced shortly afterward that the quorum for the convention has not been reached so far according to their preliminary examinations.

The process of the petition to convene an extraordinary convention was launched by the dissidents led by Muharrem İnce, the CHP's former presidential candidate in the June 24 elections, on July 16.Dissidents had been blaming incumbent party leader Kemal Kılıçdaroğlu, who led the party since 2011, for the repeated failures in previous elections and demanded a change in leadership. The dissenting voices in the CHP had become louder following the June 24 elections, after the CHP received much less votes than CHP's presidential candidate Muharrem İnce.Throughout the process, the CHP administration led by Kılıçdaroğlu had been maintaining that the convention process will only harm the party and undermine preparations for the upcoming 2019 local elections in a bid to divert attention with a second "justice" protest and change in the Central Executive Board (MYK).

Meanwhile, dissidents had been stating that in order to triumph in the upcoming elections, the party's leadership should be changed. Additionally, they proposed that the party administration should take the overwhelming demands for a convention into consideration even if the quorum was not reached.

In relation to the issue, the CHP administration had previously stated that if there are 604 signatures, the necessary steps will be taken when they are submitted. However, it announced yesterday that the extraordinary convention will not be held since the quorum has not been reached. Whether the dissidents will resort to a judicial process or not is still a matter of question despite İnce's statements that they will not go to court.