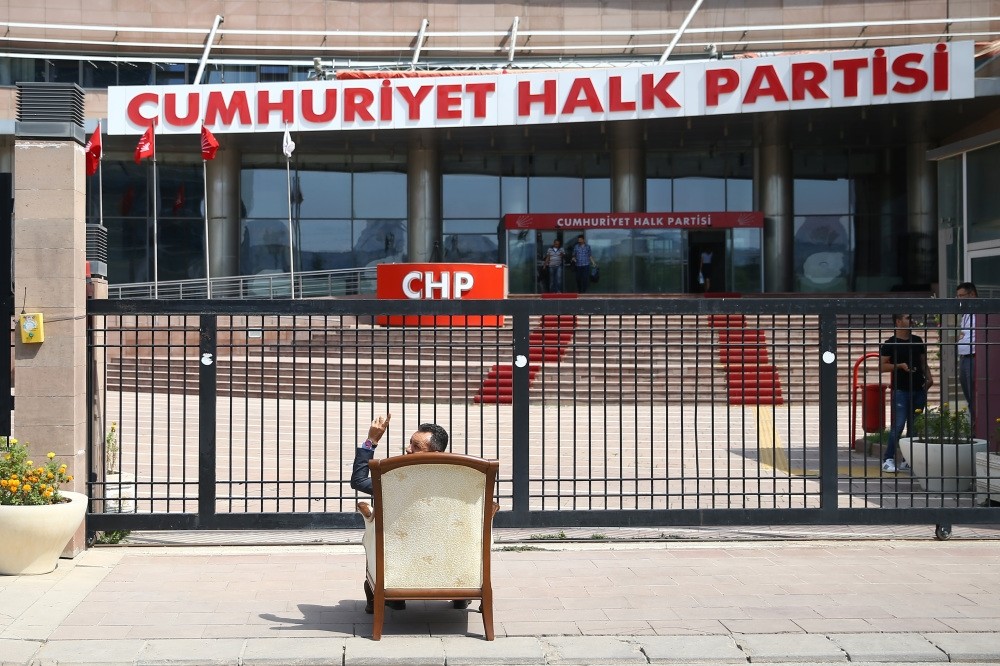 Struggling with a divisive debate on whether or not to hold an extraordinary convention for some time now, CHP authorities look to tame the inner-party opposition by making changes within the party administration

The chairman of the main opposition Republican People's Party (CHP), Kemal Kılıçdaroğlu, is planning to change his deputies in the executive board to fend off intraparty pressure from dissidents demanding to hold an extraordinary convention to replace the party administration. The CHP leader urged the dissidents to withdraw their call for the convention, claiming that the current divisions are harming the party and are undermining preparations for the March 2019 local elections. Reiterating Kılıçdaroğlu's message in a press briefing yesterday following the CHP's Central Executive Board (MYK) meeting, party spokesman Bülent Tezcan said, "It is impossible to hold a convention with these low numbers of signatures nor does the chairman have a desire to do so."

"Keeping the convention on the agenda will only harm the party and undermine the preparations for the upcoming local elections. Our top priority is now ending the debate," Tezcan added.

While further changes in the MYK will be announced in the forthcoming days, Tezcan said that he is ready to be removed from the spokesman position.

The dissidents continued a sit-in protest over the decision, saying that changes that are planning to be made in the MYK would only postpone the inevitable failure of the party.

After the June 24 parliamentary and presidential elections, Muharrem İnce, who ran twice against Kılıçdaroğlu for party chairmanship but lost, once again voiced his intention to run for the party's top post. He is trying to carry the momentum he gained during the presidential race, which he lost, but was 8 percentage points ahead of the party itself.

The gap between the votes for İnce and the CHP sparked debates within the party as some party members and supporters called on Kılıçdaroğlu, whom they see as responsible for repeated election failures, to step down.According to the dissidents, nothing will change unless Kılıçdaroğlu resigns from his position. The CHP's MYK has undergone nine major changes in eight years under the chairmanship of Kılıçdaroğlu, who w

as elected in the party's 33rd ordinary convention in 2010. Some even protested Kılıçdaroğlu's long-standing chairmanship through demonstrations. One party member actually protested by sitting on a chair in front of the CHP headquarters in Ankara, alluding to Kılıçdaroğlu's one-man rule in the party.Commenting on the criticism, Tezcan said, "Memorized false facts are spoken so often by everybody. It is natural to change the MYK following a convention held after a failure in the elections. Kılıçdaroğlu changed the MYK only two times without a convention, one being in 2011 and other in 2014."

Despite the statements by the party administration, heated debates have yet to be settling down as dissidents organized a sit-down protest and are seeking new ways to challenge the incumbent chairman.

Officials from the party's headquarters

claim that those who signed the petition will not be treated differently and they will welcome those who choose to resort to jurisdiction. Yaşar Tüzün, a prominent figure in the dissident faction, said Monday that there is no alternative other than change and they have other plans including resorting to a court or collecting signatures for bylaws.

Dissidents have been blaming incumbent party leader Kılıçdaroğlu, who has led the party since 2011, for nine failures in previous elections, hence calling for a change in the administration. The dissidents had started the process of collecting signatures for a convention on July 16 following the June 24 elections after the CHP received far fewer votes than the CHP's presidential candidate Muharrem İnce.