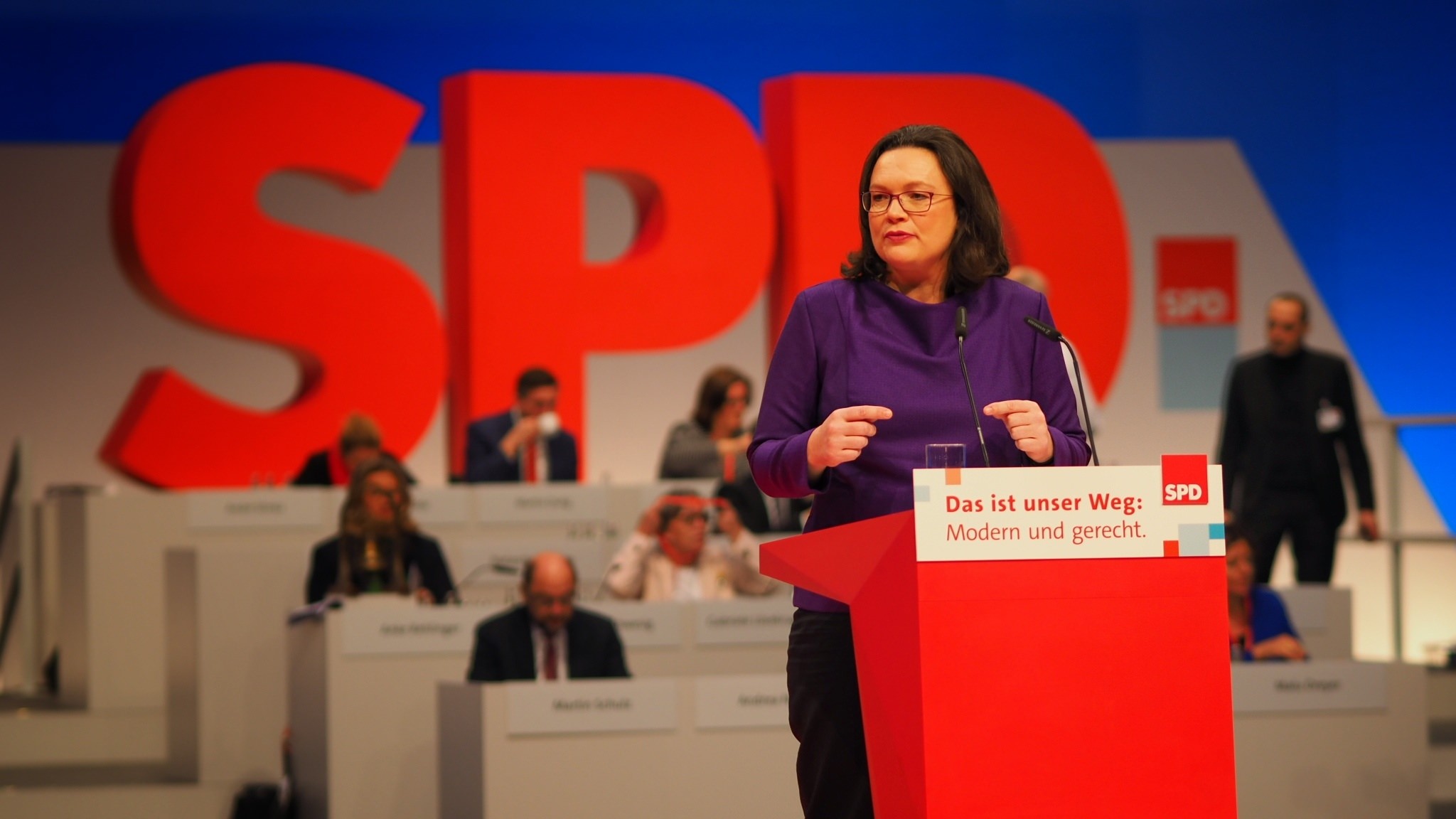 The head of Germany's center-left Social Democratic Party (SPD) Andrea Nahles suggested Sunday that Berlin should consider providing assistance to Turkey amid spike in tension with the United States and Turkish lira's volatility.

"A situation might arise where Germany needs to help Turkey, regardless of political tensions with President [Recep Tayyip] Erdoğan," Nahles told the newspapers of the German Funke media group.

"Turkey is a NATO partner who we cannot ignore. It is in everyone's interest that Turkey remains economically stable and that the current turbulence involving its currency can be stemmed."

The SPD is a coalition partner with German Chancellor Angela Merkel's conservative bloc.

Turkey and the U.S. have been locked in a heated crisis emanating from unjust sanctions and the actions of Trump, as Washington levied sanctions on Interior Minister Süleyman Soylu and Justice Minister Abdulhamit Gül for not releasing American pastor Andrew Brunson, who faces terrorism charges in Turkey.

Since the recent developments, Germany along with a number of other countries, including China, Iran, Italy, and Qatar, voiced support for the Turkish economy and called for a diplomatic solution to the problems between the two NATO allies.