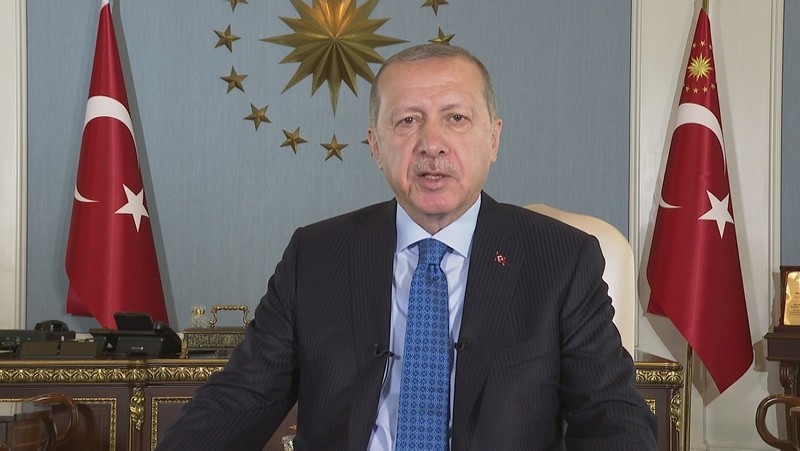 President Recep Tayyip Erdoğan issued a message for Qurban Bayram (or Eid al-Adha in Arabic) on Monday, wishing blessings to the Muslim world and humanity, and denounced the recent economic attacks from the United States.

"I hope that bayram brings blessings to you [the Turkish nation], the Muslim world and humanity," Erdoğan said in a video message released Monday.

The president said the nation has overcome many difficulties — including a failed coup attempt on July 15, 2016 — throughout its history thanks to the country's strong sense of unity.

He added that Turkey, motivated by the need to protect its sovereignty, will overcome the recent economic hardships.

"Attacks against our economy are no different than attacking our adhan [call to prayer] and flag. The purpose is the same: to bring Turkey and the Turkish people to their knees and hold them captive," Erdoğan said.

"Those who tried to make Turkey bow before them by using terror groups, traitors among us and plots will soon see that Turkey will not give in to exchange rates," he added.

The Turkish economy has been facing challenges stemming from Washington's recent steps following disagreements related to American pastor Andrew Brunson, who is under house arrest in Turkey.

He also offered prayers for the oppressed in Palestine, Syria, South Asia, Turkistan and other parts of the world