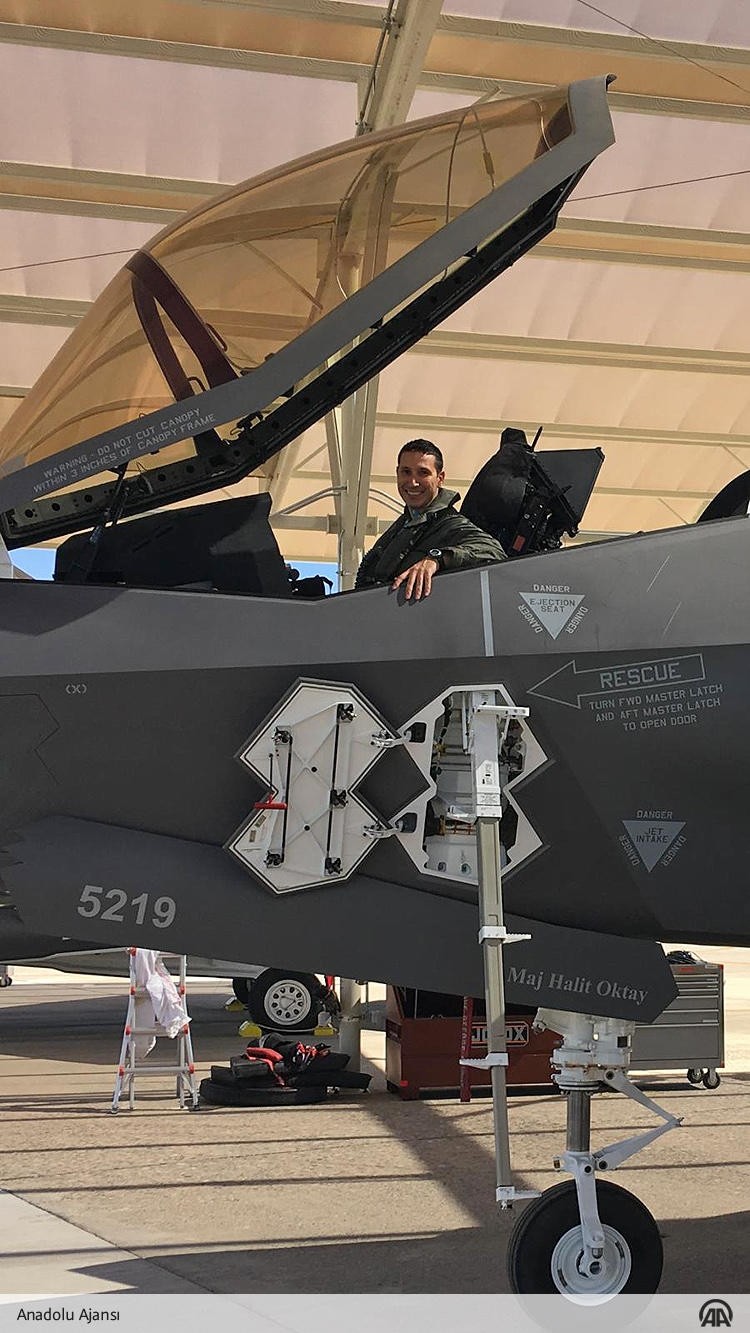 A Turkish fighter pilot carried out the first flight in the United States with one of Turkey's new F-35 jets on August 28, Turkish Armed Forces said in a statement released late Tuesday.

Early July, the Pentagon said Turkish pilots and maintenance personnel were being trained on the F-35 fighter jet in the state of Arizona.

Late June, Turkey took delivery of its first F-35 fighter jet at a ceremony in Forth Worth, Texas.

Turkey and the U.S. have recently been at loggerheads over the former's purchase of Russian S-400 missile systems and the arrest of terror-linked American pastor Andrew Brunson.

The Trump administration had decided to delay the delivery of the warplane to Turkey, citing the pastor's case and later its purchase from the Russians.

Turkey has been in the F-35 program since 1999, and the Turkish defense industry has taken an active role in the production of aircraft and invested $1.25 billion in the aircraft's development. Alp Aviation, AYESAŞ, Kale Aviation, Kale Pratt & Whitney and Turkish Aerospace Industries (TAI) have been producing parts for the first F-35 fighter jet. AYESAŞ is also the sole provider of two key components of the plane.