Idlib offensive means a nightmare for humanity, a new refugee crisis for Europe 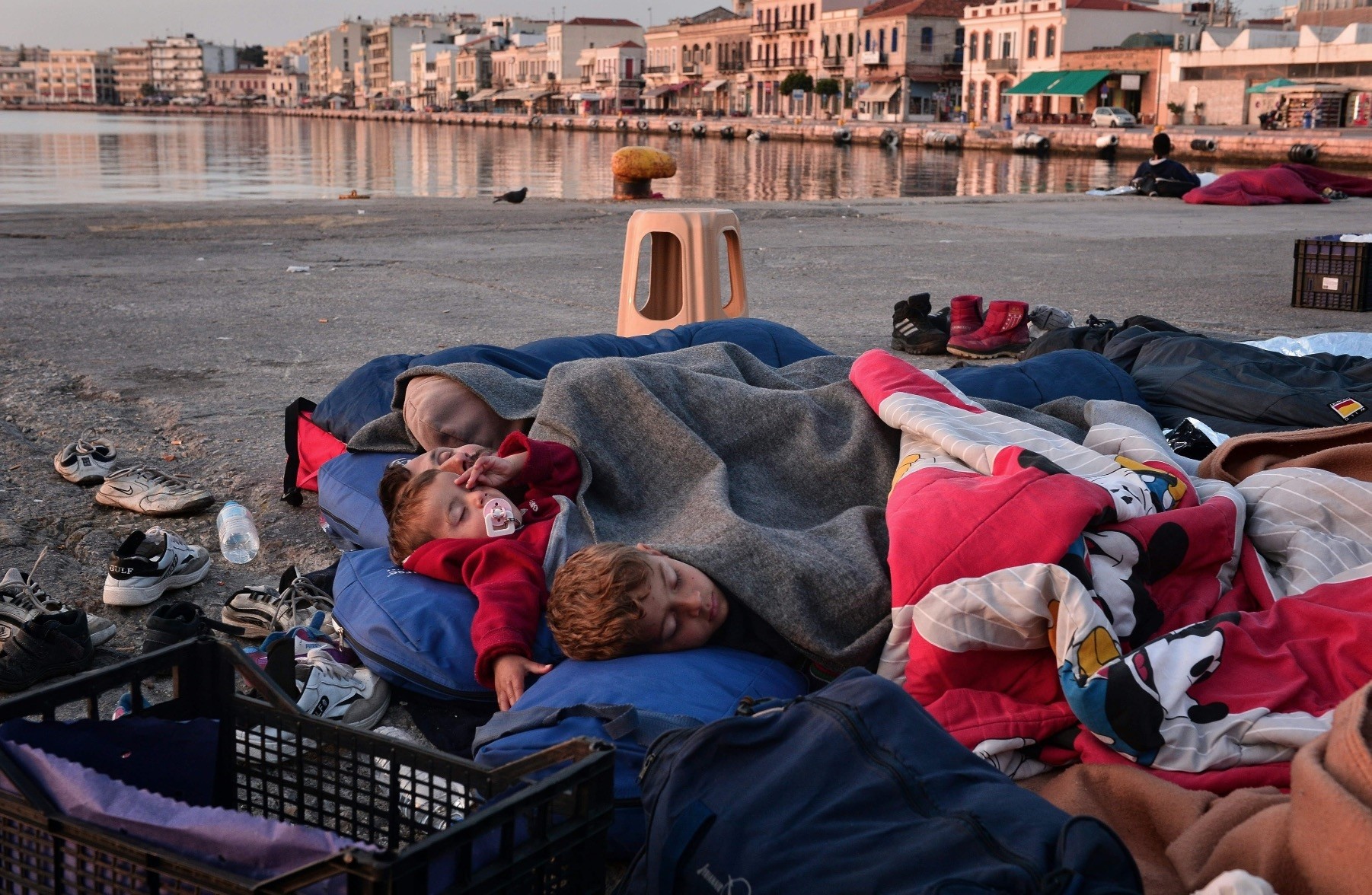 Turkey warns that an indiscriminate attack on Idlib, a city of over 3.5 million people, by the Syrian regime and its backers, Iran and Russia, will lead to a humanitarian disaster, the massacre of a large number of civilians and a mass flow of refugees toward Turkey and Europe

The recent escalation in Syria's Idlib, the last opposition stronghold, has been fueling concerns that a new crisis will erupt following a comprehensive offensive by the Syrian regime with the support of Russia. Ankara has been stressing that an offensive in the region of more than 3 million people will result in disaster, including a new wave of refugees toward Turkey and subsequently EU borders. "Considering the previous operations conducted by the regime along with Russia and Iran, a comprehensive assault on Idlib has been raising concerns for civilians," Can Acun, a Middle East expert, stated, pointing to the high number of civilian casualties during past operations including in Aleppo. 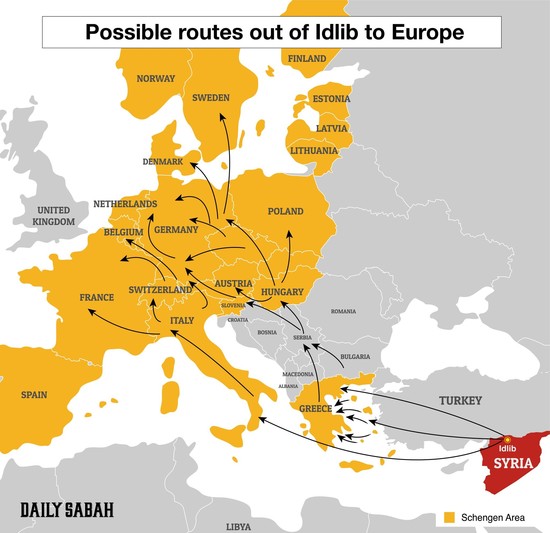 President Recep Tayyip Erdoğan said earlier this week: "There are about 3.5 million people there [Idlib]. Russia and the United States pass the buck to each other. However, God forbid, if missiles target the area, a serious massacre will take place." Oytun Orhan, a Syria expert, stated that a massive refugee influx can be expected if the regime and its allies indiscriminately target the region. Orhan underscored that a new refugee crisis is not only a concern for Turkey, it would also have implications for Europe. "It has been estimated that around 700,000 people may arrive in Turkey from where they might attempt to go to Europe," Orhan said. Idlib was designated as a de-escalation zone in May where acts of aggression were expressly forbidden as part of the ongoing Astana process. Nevertheless, for the past two months, the Idlib de-escalation zone has been the target of fierce airstrikes by Russian and Assad forces.

The U.N. Humanitarian Coordination Office in Damascus also said recently that as many as 800,000 people already in dire humanitarian situations would be displaced in case of an offensive. Earlier in June, the U.N. said that in case of a regime offensive, the only route out for those people would be through Turkey, a route many of the Syrian refugees have used as a gateway to reach European countries, particularly Germany. Turkey has been hosting nearly 4 million refugees from war-torn neighboring Syria. In the refugee crisis Turkey assumed a gigantic role and welcomed refugees as guests in the country. Turkey also stemmed the flow of refugees with a deal with Europe and has called on its European partners to provide more support regarding the refugees. Furthermore, with cross border operations including Euphrates Shield and Olive Branch, Turkey paved the way for the return of many Syrians to their homes. Following these operations 252,000 people returned to Syria.

Orhan highlighted that "the shared concerns for a new crisis that will target both Turkey and Europe prompts call for a restricted operation against radical terrorists," adding that diplomatic pressure from Europe is needed as well.

Idlib and the surrounding region have a population of approximately 3.5 million, and a substantial part of it consists of refugees who fled different parts of the country.

Underlining that the regime currently has limited power to conduct an offensive, Acun stressed that Russia's role and its support to the regime would play a significant role. "Turkey has been holding talks with Russia within the framework of the Astana process. Ankara has been exerting all efforts to prevent an assault."

Acknowledging the concerns of Russia regarding the terrorist groups in Idlib, Ankara has been reiterating that terrorists and moderate opposition needs to be separated from each other.

Acun added that the summit of the three guarantor countries - Turkey, Iran and Russia - to held in Tehran on Friday is significant to determine the situation in Idlib as the sides will seek to find common ground.

Touching on the future implications of a new refugee crisis, Orhan stated that a new wave of refugees would have economic and social costs. More importantly, it will increase security concerns.

"There are radical groups in Idlib such as al-Qaida-linked Hayat Tahrir al-Sham [HTS] which is designated as terrorist group by Turkey. If the refugee flow cannot be prevented these radical groups might attempt to flee to Turkey and through there to Europe. As it was seen in the example of Daesh, this would create grave security problems such as terror attacks conducted in various capitals," Orhan said.

However, he added that if the operation would be limited, then Turkey would manage to handle the movement of people to Turkey in small numbers. Orhan stated that the Turkish state's humanitarian agencies have been taking measures along the borders in order to prepare for a possible new wave. In relation to the issue, Kerem Kınık, President of Turkish Red Crescent tweeted yesterday that "Current escalation must be reduced urgently and civilians who are not part of the conflict must be protected in Idlib." Kınık added that measures have been taken in Syria and at the Turkish border along with other international organizations. Since Turkey has been taking great responsibility in the refugee crisis and Europe struggles to handle the issue, the talks particularly in the Tehran summit, would be significant in averting a regional crisis.