Idlib could be another Srebrenica if no action is taken, Turkey warns 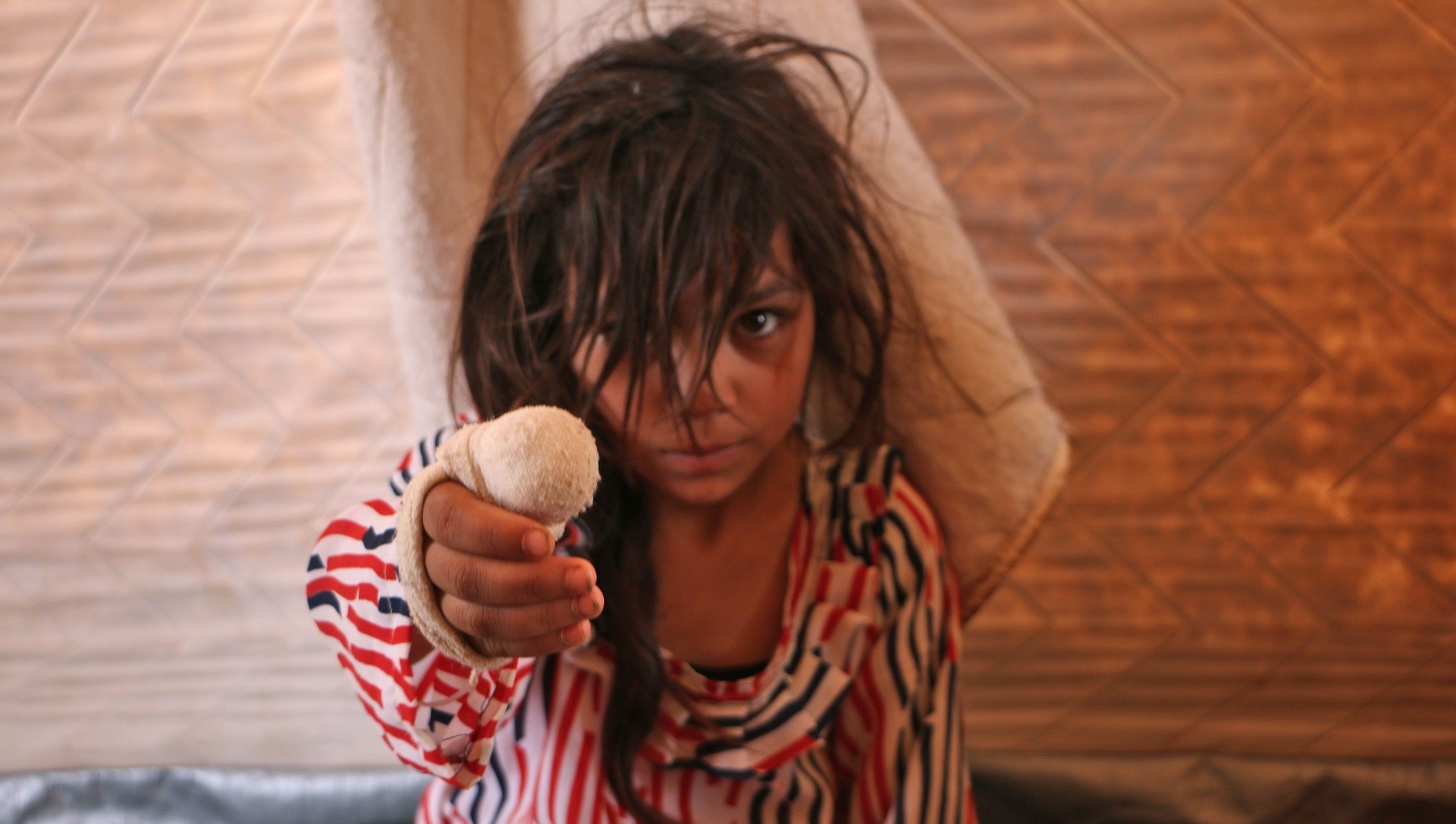 Despite being designated a de-escalation zone during the Astana summit, Idlib, a province with a population of 3.5 million people, has been repeatedly attacked by Syrian regime forces over the last two months.
by Şeyma Nazlı Gürbüz Sep 12, 2018 12:00 am

As a possible Syrian regime attack in Idlib approaches, Ankara urges the international community to take immediate action, warning of a massacre in the region similar to Srebrenica

The growing threat that the Assad regime poses to almost 3.5 million civilians in Syria's Idlib continues to be a priority for Turkey, pressing for a cease-fire against the possibility of a humanitarian tragedy in the region. According to experts, Turkey's emphasis on the necessity for immediate action in the region is crucial to putting an end to a possible catastrophe before it is too late, just as it did 23 years ago in Srebrenica. "Before the genocide in Srebrenica happened, the thought of the West was 'let's give Srebrenica [to the Serbs] and put an end to this war.' They were no longer willing to side with Bosnians since they simply wanted the war to end no matter what. Today, there is a similar case in Syria," Yusuf Özhan, Türk Medya digital group editor-in-chief and an expert on Middle Eastern affairs, said.

Özhan was referring to the killing of more than 8,000 Bosnian Muslim men and boys by Serb forces during the Bosnian War in July 1995. The genocide happened in the United Nations "safe area" of Srebrenica, despite the presence of Dutch troops tasked with acting as international peacekeepers. As a result of the failure of both the U.N. and Dutch troops, some 15,000 Srebrenica people fled into the surrounding mountains, but Serb troops hunted down and killed 6,000 of them in the forests. The genocide is remembered as one of the biggest letdowns by the Western powers. "Europe wants the Syrian war to reach a conclusion no matter what, mainly because of the threat of the refugees," Özhan expressed. "However," he added, "it does not care how it will end."

Another reason for European powers to not intervene in Idlib, in Özhan's opinion, is the fact that they do not want to worsen their relations with Russia or Iran.

"Thus, they prefer to remain silent over a possible humanitarian disaster in Idlib. They do not have any intention of stopping the Syrian regime's actions," he underlined.

The world cannot leave Syrian people to the mercy of Bashar Assad as his regime only seeks to wipe out its opposition in Idlib with its latest offensive, President Recep Tayyip Erdoğan said in an opinion piece to the Wall Street Journal published Monday.

"Idlib is the last exit before the toll. If the international community, including Europe and the U.S., fails to take action now, not only innocent Syrians but the entire world stands to pay the price," he said. Pointing out that the regime's indiscriminate attacks are "not a genuine or effective campaign against terrorism," Erdoğan once again highlighted the importance of a complete cease-fire in the region.

"Today we find ourselves at a critical juncture again, as the Assad regime, with the help of its allies, prepares to launch a massive offensive against Idlib, which is home to some 3 million people and one of the few remaining safe havens for internally displaced Syrians," he said, adding that the Turkish government "contributed to the creation of a de-escalation zone" and also set up 12 observation posts to document and report cease-fire violations.

"Turkey has done everything in its power to stop the bloodshed next door. To ensure that we succeed, the rest of the world must set aside narrow self-interest and throw its weight behind a political solution," Erdoğan concluded. Idlib and the surrounding region have a population of approximately 3.5 million, and a substantial part of it consists of refugees who fled from different parts of the country. UNICEF previously said that food, water and medicine are already in short supply in the largely rural northwestern province, now home to millions of Syrians who have been displaced from their homes by regime offensives across the country. However, despite the reluctance of the Western world over the issue, Turkey continues its efforts to prevent a possible catastrophe in the region that would lead to regret across the board in the long term.

"It seems despite all of Turkey's efforts, there is an operation about to happen in Idlib," Cengiz Tomar, dean of Marmara University's Political Science Department, said on the issue in an analysis for Anadolu Agency (AA).

"However, in this war, as we all have witnessed many times before, no one but Turkey cares about the lives of innocent people and children," he said, praising Turkey's efforts in the process.

Turkey and other international actors have repeatedly warned the Assad regime and its backers - Russia and Iran - to avoid any offensive on Idlib due to the possibility of a humanitarian catastrophe that would cause massive casualties and a new wave of migration. In an effort to restore calm in the region and improve the humanitarian situation, the three cease-fire guarantor states - Turkey, Iran and Russia - launched the Astana process on Jan. 23, 2017 to complement the U.N.-brokered talks in Geneva.

Idlib is one of the de-escalation areas designated in the Astana talks between Turkey and the regime's allies, Russia and Iran, and has been turned into a shelter for opposition fighters and their families who were evacuated from different parts of the war-torn country.

The presidents of Turkey, Russia and Iran also met Friday in Tehran as part of the trilateral efforts on finding a solution to the Syrian civil war. While a joint statement released shortly after the summit underlined that "there should be no military solution to the Syrian conflict" and called for advancing the political process to reach a negotiated solution, no cease-fire agreement was reached. During the summit, Erdoğan called for a truce in an attempt to avoid a full-scale Syrian regime assault on Idlib, saying that a military operation would lead to the massacre of a large numbers of civilians. But Russian President Vladimir Putin said this would be pointless as it would not involve the extremist militant groups that Russia deems terrorists, and Iranian President Hassan Rouhani said the Syrian regime must regain control over all its territory.

According to Özhan, until now, the tactic of both the Syrian regime and Russia was to increase the civilian causalities as much as possible to force the armed opposition groups to surrender.

"They have even resorted to chemical weapons to push these groups to give up. They've done this so far; they can do it in Idlib, as well," he further warned.

Defense Minister Hulusi Akar also spoke Monday on the issue, saying that air and ground attacks on Syria's Idlib must stop and a cease-fire and stability must be established in the area immediately. Akar said civilians would suffer greatly if the Syrian regime and Russian forces attacked.

Speaking on the issue yesterday, Presidential Spokesperson İbrahim Kalın said that Turkey's efforts alone are not enough in Idlib and the whole international community should have a firm stance against the regime attacks. "An attack against Idlib would dynamite the diplomatic process that lasted so far and would lead to a serious trust crisis [among diplomatic parties]," Kalın said.