Ankara reiterates military operation in Idlib would lead to disaster 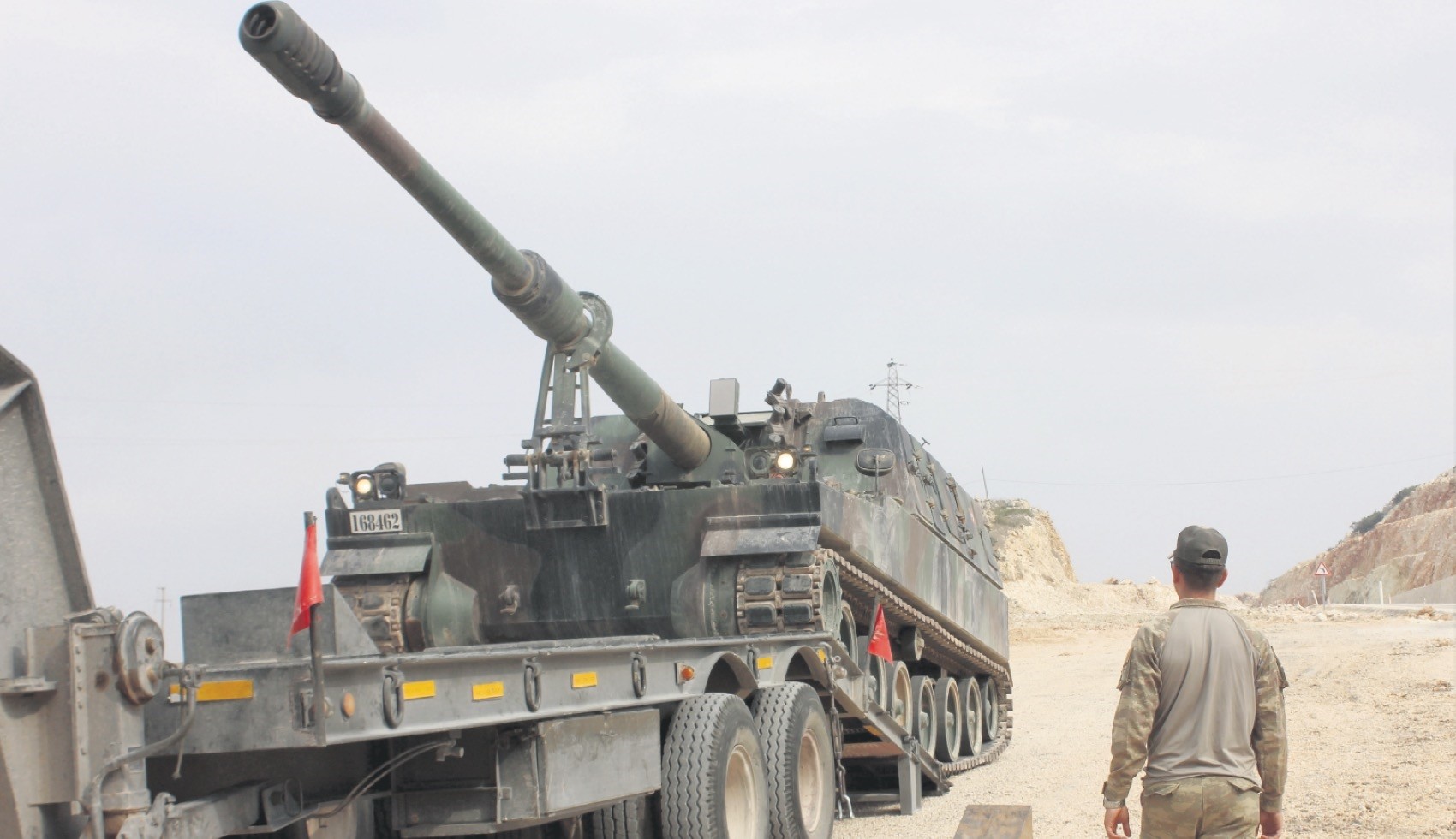 A Turkish soldier oversees a military vehicle being loaded onto a truck before it heads to one of the 12 Turkish observation points in Idlib, northwestern Syria, Sept. 13.
by Daily Sabah with Agencies Sep 14, 2018 12:00 am

With around 3.5 million civilians in northern Syria's Idlib, a military operation there would only lead to another humanitarian crisis, National Defense Minister Hulusi Akar said

Ankara has warned the international community over a possible Syrian regime offensive on northwestern Idlib province, saying that a military operation would spell disaster for a region already rife with problems.

"Idlib is on the brink of a new crisis. Turkey is working with Russia, Iran and other allies to establish peace and stability [in Syria] and to stop the humanitarian tragedy," Defense Minister Hulusi Akar said during a meeting with ambassadors yesterday, adding that the area which already has problems would have to deal with an even bigger catastrophe.

Located near the Turkish border, Idlib province is home to more than 3.5 million Syrians, many who fled from other cities following attacks by regime forces. The Syrian regime has recently announced plans to launch a major military offensive in the area, long controlled by various armed opposition groups. The United Nations has warned that such an offensive would lead to the "worst humanitarian catastrophe of the 21st century."

As concerns over a humanitarian crisis likely to occur following an offensive increase, Turkey aims to strengthen its power and sources in the region. Yesterday, the country sent in military reinforcements to beef up its positions inside Idlib, the Associated Press reported.

Britain-based Syrian Observatory for Human Rights said yesterday that a Turkish convoy entered from Kfar Lusin crossing in northern Idlib, heading to some of the 12 Turkish observations points that ring Idlib.

Until now, Turkey had deployed hundreds of its soldiers to 12 observation posts in Idlib, following a de-escalation agreement reached with Russia and Iran last year during the Astana meetings to freeze the conflict in the area, effectively placing Ankara as a protector of the province.

The Astana peace process was launched by Russia, Iran and Turkey in January 2017 with the aim of bringing all warring parties in the Syrian conflict to the table to facilitate U.N. sponsored peace talks in Geneva. The process resulted in the three guarantor countries signing a memorandum in May 2017 to implement four "de-escalation" zones in: Idlib, north of the central city of Homs, the Eastern Ghouta area outside Damascus and in the southern provinces of Daraa and Quneitra.

The cease-fire, however, has recently come to an end as regime forces backed by Russia and Iran reconquered three of the zones through heavy bombardment. Idlib remains the last stronghold of the opposition.

Most of the opposition groups in Idlib are functioning under the name of the National Front for Liberation, which was formed as a roof organization in late May by 11 opposition groups. However, the coalition does not include one of Idlib's dominant forces, the Hayat Tahrir al-Sham (HTS), which is seen as a terrorist group by the U.S., Russia and Turkey, as well as many other countries. The existence of the HTS in Idlib has been cited as justification for the possible military offensive by the Assad regime. Turkey has said that the terrorists must be separated from the moderate opposition and that indiscriminate attacks on the province will lead to a massacre of civilians.

Amid the tension in the region, the Pentagon said yesterday that Russia will be the one to bear the responsibility for the resulting humanitarian crisis in Syria if the Moscow-backed Syrian regime attacks Idlib.

Eric Pahon, a Pentagon spokesman, said that the U.S. and its allies are concerned about the deadly consequences if the Assad regime, with support from Russia and Iran, launches an offensive in Idlib.

Pahon said that the U.S. questions the continued presence of more than a dozen Russian warships in the Mediterranean Sea near Syria. He says the ships must operate safely and abide by international law.

More than 38,500 displaced in northwestern Syria

Meanwhile, the U.N. announced yesterday that the violence in northwest Syria has displaced more than 38,500 people in less than two weeks amid increasing hostilities and a looming regime assault on Idlib province.

"Between Sept. 1 and Sept. 12, available information indicates that a sharp increase in hostilities and fears of further escalation has led to the displacement of over 38,500 people," the U.N. Office for the Coordination of Humanitarian Affairs (OCHA) said.

U.N. Regional Humanitarian Coordinator Panos Moumtzis said yesterday that facilities in Idlib need to be protected, adding that their teams are working 24/7 on stockpiling aid for up to 900,000 Idlib civilians who might flee.

Moumtzis also quoted a Russian official as telling a humanitarian task force in Geneva that "every effort to find a peaceful solution to the problem is being made at the moment."