Man jailed in US after PKK brawl returns to Turkey 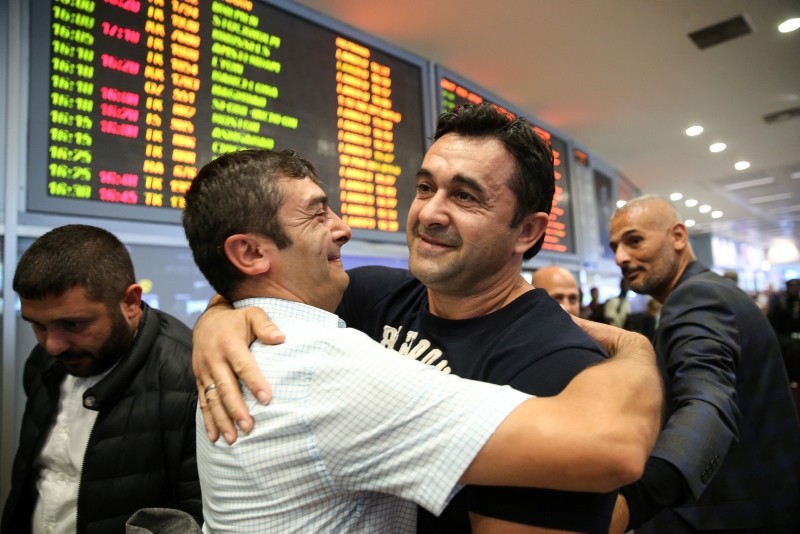 Sinan Narin, arrested last year in the United States for attacking PKK supporters in Washington, has been released and returned to Turkey.

Narin and many other protestors took part in the brawl that occurred in front of the Turkish Ambassador's residence in Washington D.C during President Recep Tayyip Erdoğan's visit last year in May.

They were sentenced to 12 months in jail by a U.S court and are to undergo 3 years of supervised release.

Following his supervised release, Narin returned to Turkey for only 2 weeks with Turkish Airlines and landed in Istanbul Atatürk Airport, expressing his gratitude to President Erdoğan.

"If it wasn't for him, I would not even be able to dream about coming back home," he said.

Erdoğan supported him during his difficult time in jail by sending messages for morale and support, Narin said.

"The conditions in jail were really bad. The food was horrible. They talk about civil rights but we did not even see sun for 11 months. We did not see any green foods," he said.

On May 16, during Erdoğan's meeting with U.S. President Donald Trump, PKK supporters, as well as some protesters carrying Armenian flags, started shouting slogans against Turkey and Erdoğan in Lafayette Square Park, just north of the White House.

Many Turkish citizens, who were also there to support Erdoğan and Turkey, started to respond to the group's verbal harassment.