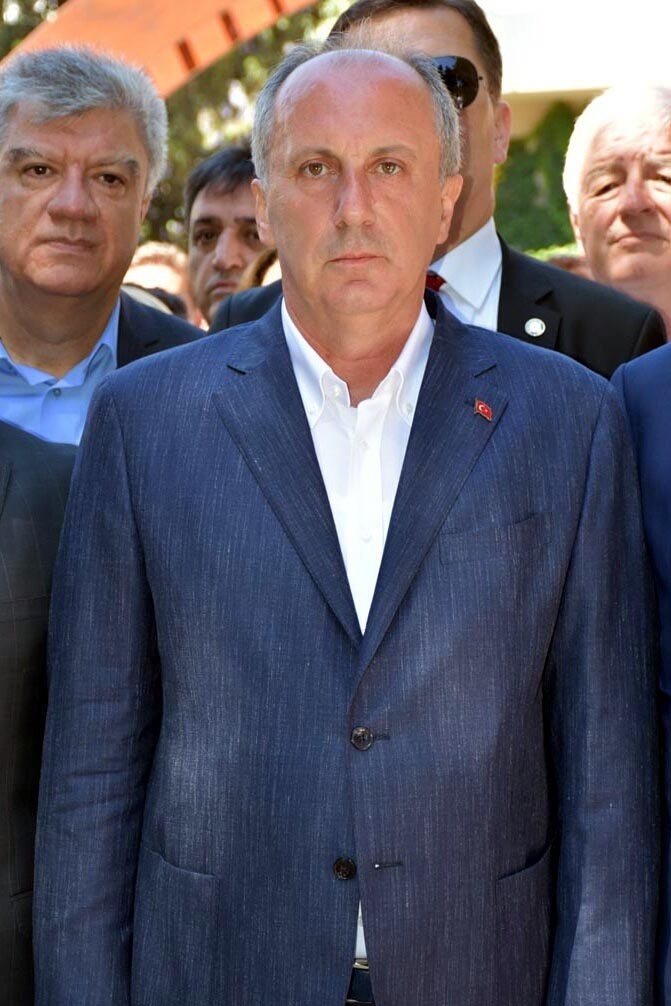 Muharrem u0130nce lost the presidential elections of June 24 as the candidate of the CHP, managing only 22 percent of the vote and coming in second behind Erdou011fan, who claimed victory with 52.4 percent.
by Daily Sabah Sep 19, 2018 12:00 am

According to the Sabah newspaper, a civilian named Ayhan Aslan filed a complaint to the Bakırköy Chief Public Prosecutor's Office against İnce for "making terrorism propaganda" and threats. By law, a party's presidential candidate cannot be presented as a candidate in the parliamentary elections. As such İnce is currently not a deputy. Therefore he does not have public immunity and if the prosecutor thinks İnce has committed a crime, he can be tried in a court.

The incident goes back to a speech in western İzmir province ahead of the June 24 presidential and parliamentary elections, where İnce said, "I will make him [Temel] retire on Aug. 30 and take his epaulets off."

İnce lost the elections, managing only 22 percent of votes, coming second behind Erdoğan who claimed victory with 52.4 percent.

At the time, İnce had said that Temel's applause [for Erdoğan] was contradictory to his objectivity as an officer. Regarding the issue, Erdoğan had responded to İnce by saying that he was acting as if though he wanted to be "king" of the country.