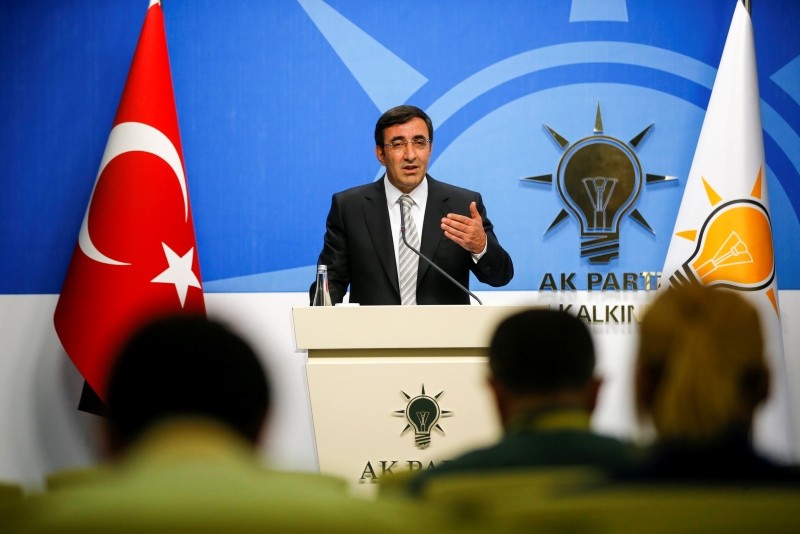 The ruling Justice and Development Party (AK Party) has said relations with German political parties will be increased, in addition to building inter-governmental relations between Ankara and Berlin, as Turkey gives strong importance to bilateral relations between the two countries.

"We are working on arranging visits to political parties in Germany. Dialogue between governments is not enough. We have to further develop our relations through dialogue in various channels, such as civil society, the business world and political parties," AK Party Deputy Chairman Cevdet Yılmaz, who is in charge of party's foreign affairs, said.

Ankara and Berlin have exerted positive efforts recently to normalize the ties strained over several disagreement areas, including Germany's tolerance of PKK and the Gülenist Terrorist Group (FETÖ) activities in the country. Despite PKK being listed as a terrorist group by Germany, the followers of the terrorist group have enjoyed German authorities' tolerance to their activities in the country. FETÖ members have also been active in the country and used Germany as a safe haven, particularly following the failed July 15, 2016 coup attempt in Turkey, where 250 people were killed and more than 2200 were injured.

President Recep Tayyip Erdoğan is scheduled to visit the country on Sept. 28-20.

"If we have some disagreements, we have to overcome them through increasing dialogue, talking to each other more and by putting realities on the table," Yılmaz said.

Germany has nearly 3 million citizens of Turkish descent, the largest Turkish community in the continent. Yılmaz said the Turkish community has a "bridge" role between the two countries, and added that Erdoğan's upcoming visit will change the recently established negative perceptions over Turkey-Germany relations.

Yılmaz further said he expected Erdoğan's visit will be a positive one in all aspects and added that visit was "important for both Turkey-Germany relations and also for Turkey-EU relations, as Germany acts as the locomotive country of the EU."

During his visit to Germany, Erdoğan will also address the Turkish Diaspora in Germany and meet German Chancellor Angela Merkel twice.