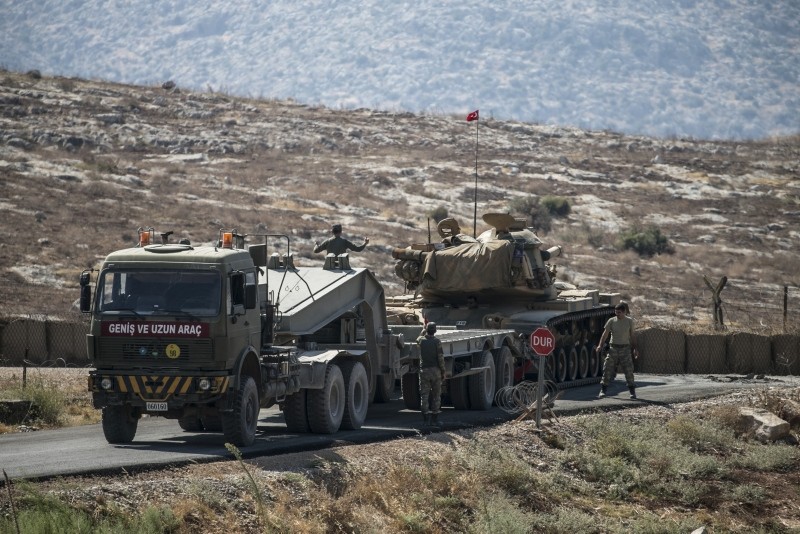 A Turkish military convoy entered opposition-held northwestern Syria early on Wednesday, an AFP correspondent reported, as the deadline for establishing a buffer zone between opposition and regime forces draws closer.

At least 40 vehicles, including trucks and armored personnel carriers, were seen moving slowly south along a main highway under the cover of darkness.

The troops they were carrying are expected to be deployed at "observation posts." Turkey has already set up in opposition-held areas of Idlib and Aleppo provinces.

The Syrian Observatory for Human Rights, a Britain-based war monitor, said the vehicles were heading to Turkish monitoring posts, including in the southwestern parts of Idlib.

Turkey last sent a similar troop column into northern Syria just over a week ago.

Wednesday's convoy entered as the deadline for implementing a Turkish-Russian accord on the future of Syria's last major opposition stronghold draws closer.

Last month, Ankara and Moscow agreed to set up a demilitarized zone ringing opposition territory to avert a threatened offensive by the Assad regime.

All factions in the zone must withdraw heavy weapons by Oct. 10, and terrorist groups must leave by Oct. 15. It will then be monitored by Turkish troops and Russian military police.

The region's dominant armed group, Hayat Tahrir al-Sham (HTS), an alliance led by terrorists of Syria's former Al-Qaeda affiliate, has still not officially responded to the accord.