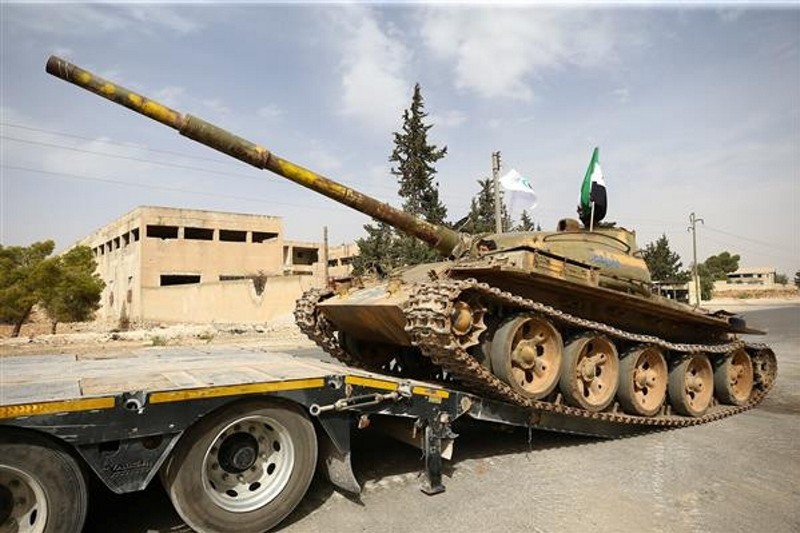 The demilitarized zone agreed by Turkey and Russia last month in Sochi has been formed in Syria's Idlib and the withdrawal of all heavy weapons from the area has been completed, the Turkish Defense Ministry said Wednesday.

In a written statement, the ministry said Turkey has realized its responsibilities as a guarantor country of the recently signed Sochi agreement.

"Our activities in Idlib as part of the agreement are continuing without slowing down in order to secure sustainable and permanent peace," the statement added.

The agreement dictated that heavy weapons, tanks, rocket systems and mortars of all opposition groups would be withdrawn by Oct. 10, and the zone will be monitored by coordinated Turkish and Russian patrols.

Turkey and Russia also signed a memorandum of understanding at the meeting calling for the "stabilization" of Idlib's de-escalation zone, where acts of aggression are expressly prohibited. Under the deal, a 15 to 20-square-kilometer demilitarized area was established to separate Bashar Assad regime troops and the Syrian opposition in Idlib.

Opposition groups in Idlib will remain in areas where they are already present, while Russia and Turkey will carry out joint patrols in the area to ward off renewed fighting.