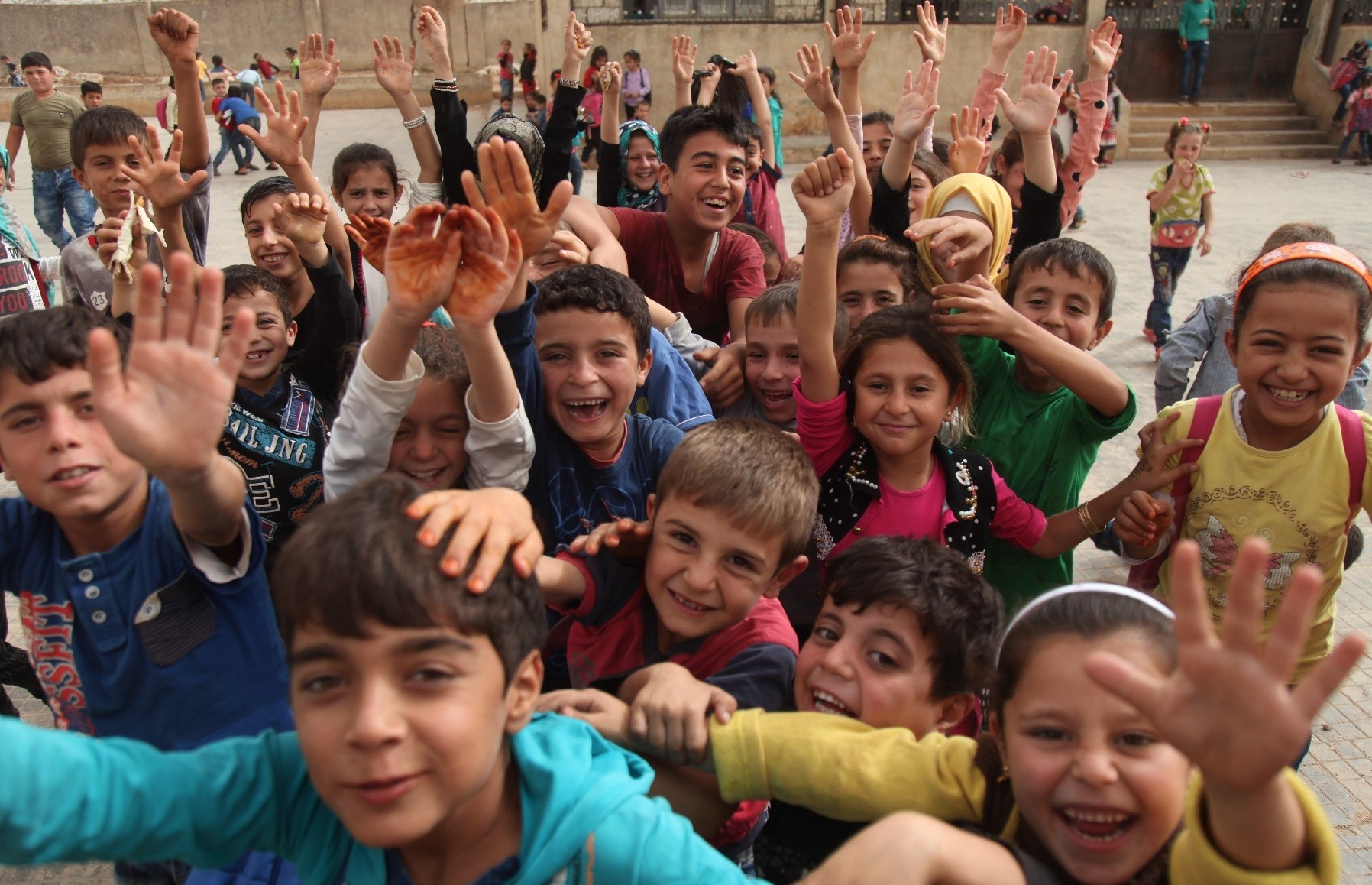 Government and nongovernment agencies are continuing their humanitarian aid activities in Syria's northwestern Idlib province following the Sochi deal, signed between Ankara and Moscow to end the violence in and around Idlib. On Thursday, food aid was provided to 1,500 orphans in rural Idlib by the Istanbul-based Humanitarian Relief Foundation (IHH).

The foundation's media spokesperson responsible for Syrian activities, Selim Tosun, said they will continue to provide necessities to needy families in the region, particularly in tent cities and ruined areas.

"Apart from the monetary aid that we regularly provide for these families every month, we are also supporting their livelihoods. In this respect, 1,500 food aid packages with 8 kilograms of dry legumes were distributed to the families," Tosun said.

"There are tens of thousands of children in rural Idlib that have become orphans due to the war. These children continue to live with their mothers or other family members who are still alive. So, we are continuing to fulfill their needs," said Tosun. Stating that with winter coming their difficult days are just beginning, Tosun said that these families should not be left to fend for themselves.

Vocational school in Jarabulus to provide training for locals

Meanwhile, a Turkish university opened a vocational training school in the northwestern Syrian province of Jarabulus.

Turkey has continued with its efforts to normalize life in the city following Operation Euphrates Shield, which liberated the northern Syrian region from terrorists between August 2016 and March 2017. During the last of a string of efforts in security, health, service and education, Turkey's Gaziantep University launched a school in Jarabulus, which trains 160 students in different areas, including first aid, theology and office administration.

Operation Euphrates Shield was launched on Aug. 24, 2016 to clear the border of the threat of terrorism from Daesh and the People's Protection Units (YPG). Turkey and the Free Syrian Army (FSA) managed to liberate more than 2,000 square kilometers of territory with the operation.

Speaking to Anadolu Agency (AA), Abdullatif al-Mohammed, the regional training officer, said the training addresses the needs of the region.

"I hope more students will benefit from our school. The graduates will make major contributions to the region," he said.

Abdullah Isa, a student in the first aid department, thanked Turkey and President Recep Tayyip Erdoğan for their contributions to education for Syrians.

"Gaziantep University gave us the opportunity to complete the education we could not complete due to the civil war. We will contribute to the region's development," he said.

Syria has been locked in a vicious civil war since early 2011 when the Bashar Assad regime cracked down on prodemocratic protests, which erupted as part of the Arab Spring uprisings, with unexpected ferocity. Since then, more than a quarter of a million people have been killed and more than 10 million displaced across the war-battered country, according to United Nations figures.