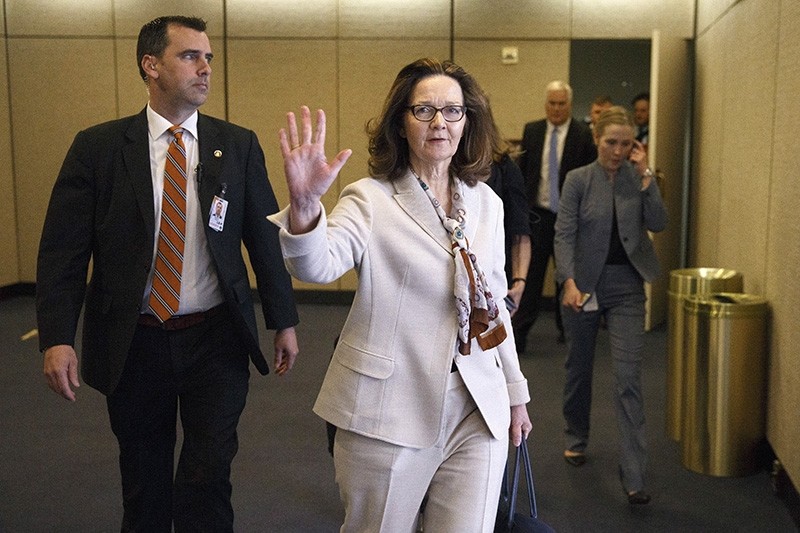 CIA Director Gina Haspel walks to a secure hearing room to testify during the closed portion of her Senate Select Intelligence Committee confirmation hearing in Washington, DC, May 9, 2018. (EPA Photo)
by Daily Sabah with Agencies Oct 23, 2018 12:00 am

CIA Director Gina Haspel arrived in Turkey on Tuesday to work on the investigation into the death of Saudi journalist Jamal Khashoggi at the Saudi consulate in Istanbul.

U.S. President Donald Trump said earlier on Monday that he has "top intelligence people in Turkey," but did not provide any details.

The CIA declined to confirm that Haspel is in Turkey. But a U.S. official said she is in the country to review the case. The official, who declined to disclose details about what Haspel is doing in Turkey, was not authorized to discuss the trip publicly and spoke only on condition of anonymity.

U.S. Vice President Mike Pence confirmed Tuesday that Haspel is in Turkey to review evidence in Khashoggi murder. Speaking at an event titled "Transformers: Space" by the Washington Post, where Khashoggi was a contributor, Pence described the attack as "an assault on free and independent press."

"We are going to get to the bottom of it. This brutal murder of a journalist, of an innocent man, of a dissident, will not go without an American response and I expect without an international response. But we want to find out what happened," Pence said.

Pence said the information coming from Turkey "flies in the face of earlier assertions that have been made by the Saudi regime," as he noted Trump had "expressed his concern that there have been lies, there has been deception."

Pence insisted the "full resources" of the U.S. intelligence services were working with Turkey.

"The president will make a decision that reflects the values and the interests of the American people," Pence said when asked about possible sanctions on Riyadh. "We will do what is best for the American people and we will also make sure the world knows the truth of what happened."