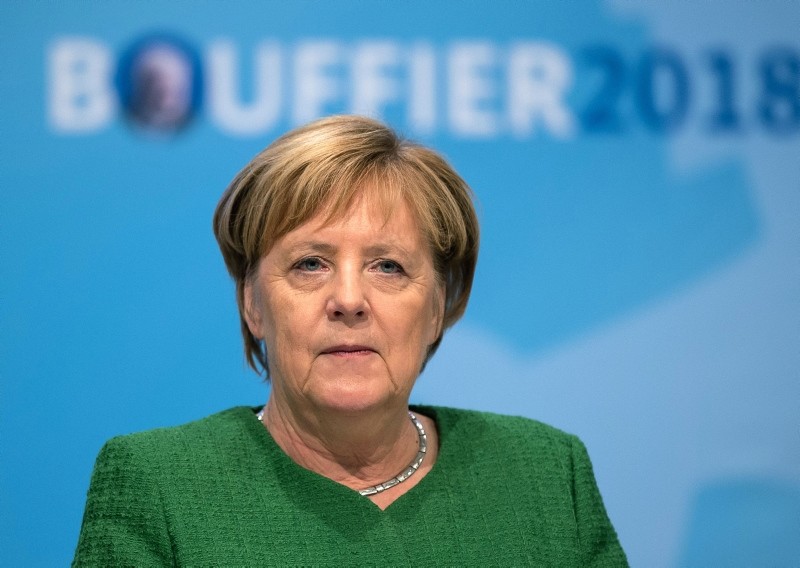 German Chancellor Angela Merkel addresses an election rally in Fulda, western Germany on October 25, 2018 ahead of the weekend's regional election. (AFP Photo)
by Compiled from Wire Services Oct 25, 2018 12:00 am

Merkel's office didn't elaborate on the warning in a statement that followed a call between the German leader and Saudi Arabia's King Salman. In the call, Merkel condemned Khashoggi's killing at the kingdom's consulate in Istanbul "in the sharpest possible manner."

She called on Saudi Arabia to "ensure a swift, transparent and credible investigation" and hold those responsible to account.

Merkel also raised the dire humanitarian situation in Yemen during the call and urged Saudi Arabia to ensure access for humanitarian aid. Yemen has been ravaged by a three-and-a-half year war between the Saudi-led alliance and Shite rebels known as Houthis.

Merkel also previously said that Germany can no longer sell arms to Saudi Arabia after journalist Jamal Khashoggi was brutally killed in the kingdom's Istanbul consulate.

Campaigning for her party in a regional election, Merkel repeated to a news conference her earlier condemnation of Khashoggi's killing, which Saudi Arabia admitted had taken place inside its consulate in Istanbul.

"First, we condemn this act in the strongest terms," she said. "Second, there is an urgent need to clarify what happened - we are far from this having been cleared up and those responsible held to account ... As far as arms exports are concerned, those can't take place in the current circumstances."

Germany's Foreign Minister Heiko Maas had called Saturday for a halt to German arms exports while the investigation into Khashoggi's death continues.