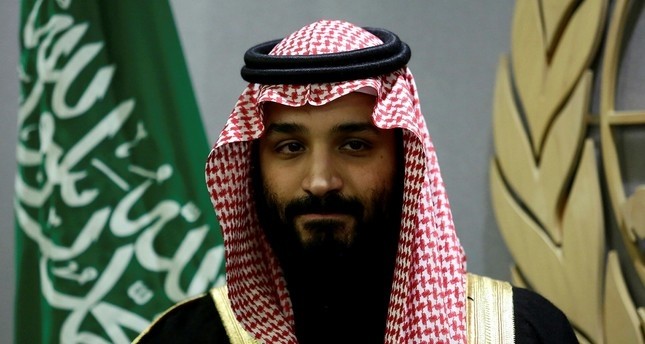 "In reaching its conclusions, the CIA examined multiple sources of intelligence, including a phone call that the prince's brother Khalid bin Salman, the Saudi ambassador to the United States, had with Khashoggi, according to people familiar with the matter who spoke on the condition of anonymity to discuss the intelligence," the Post said in a piece.

Khashoggi, a frequent contributor to The Washington Post, was killed Oct. 2 inside the Saudi Consulate in Istanbul.

His body has yet to be returned to his family amid reports that it was chemically dissolved.

So far, Turkey has not accused anyone of directly ordering the killing, though President Recep Tayyip Erdoğan has excluded King Salman from the possible suspects, who (the suspect) Turkey says is a high-level figure in Riyadh. Still, the case has brought near unprecedented international scrutiny on Saudi Arabia and its powerful crown prince, who Khashoggi had openly criticized.

Officials in Turkey have repeatedly called on the Saudi government to take responsibility and hold those responsible for the murder accountable.

President Erdoğan said Monday that Saudi Arabia knows that the killer is among the group of 15 people, who arrived in Turkey a day ahead of the killing.

On Nov. 4, The Wall Street Journal reported that al-Qahtani, known for his work for the crown prince as a social media adviser responsible for the smear campaign against dissidents, was both the planner and director of the killing.

​According to The Wall Street Journal, al-Qahtani is now under criminal investigation and was fired from his job as a media adviser.