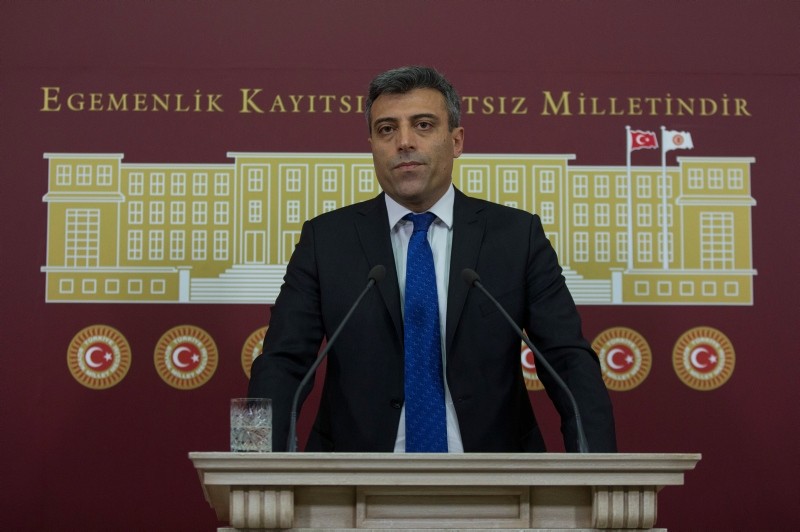 The main opposition Republican People's Party (CHP) dismissed one of its deputies Tuesday after referring him to the disciplinary committee for the second time over his criticisms against the party administration and controversial remarks about the adhan, the Muslim call to prayer.

Öztürk Yılmaz, a CHP deputy from eastern Turkey's Ardahan province was referred to the disciplinary committee on Nov. 9 after he criticized the party leadership and argued that the adhan, which is traditionally delivered in Arabic, should be read in Turkish.

The CHP said Yılmaz's words did not represent the CHP's views and that the party was completely against an idea that contradicts the people's common values.

Shortly after his dismissal was announced, Yılmaz called the move "a betrayal", saying he saw the decision "as an injustice by a party which is in search of justice and law."

He added that the Turkish nation would judge the party's decision.

Yılmaz had first retaliated by criticizing CHP chairman Kemal Kılıçdaroğlu, saying he is responsible for the party's failure and calling the disciplinary proceeding "a personal decision" that was "wrong and unlawful".

"He [referring to Kılıçdaroğlu] is censoring his own parliamentarians within his own party; this cannot be the CHP's policy. There can be no such policy of remaining in power in the party while losing all the elections," Öztürk said, adding that the chairman cannot force him to resign.

The debate on whether the adhan should be recited in Turkish or Arabic dominated local politics between 1932 and 1950 when the CHP's single-party rule forced mosques to recite it in Turkish.

Yılmaz has repeatedly gone against the party and Kılıçdaroğlu in particular, especially after the party's poor results in the presidential and parliamentary elections on June 24.

Yılmaz has not been the only deputy to blame some of the party's members and incumbent Kılıçdaroğlu for the failed outcome. After the elections, the dissidents within the party launched a petition on July 16, calling for an extraordinary convention to overhaul the party leadership. However, the dissidents could not convince enough delegates to sign the petition.

Yılmaz was Turkey's former consul general to Mosul and abducted on July 11, 2014 during a raid by the Daesh terror group. He and 43 personals of the consulate were set free on Sept.20, 2014 after being held captive for 101 days.