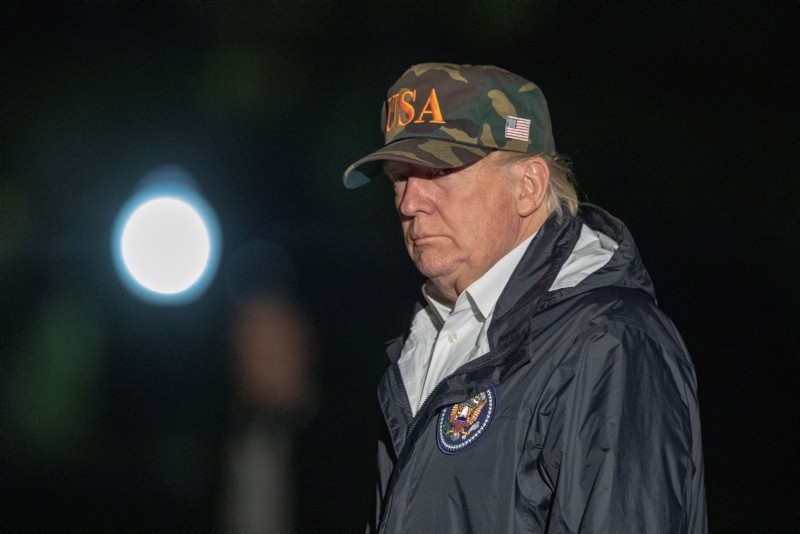 Trump called the killing of Khashoggi inside the Saudi consulate in Istanbul a "horrible crime" that the U.S. does not condone, but said Saudi Arabia is a "great ally" and canceling billions in arms sales would only benefit China and Russia, which would be glad to step in and make the sales.

Trump's decision, announced in a statement released just before he left for the long Thanksgiving weekend in Florida, will disappoint and anger critics who have called for a much firmer rebuke to the kingdom and especially bin Salman.

U.S. intelligence officials have concluded that bin Salman, the kingdom's de factor leader, ordered the Oct. 2 killing, according to a U.S. official familiar with the assessment. Others familiar with the case caution that while it's likely that the crown prince had a role in the death there continue to be questions about the degree to which he was involved.

The U.S. earlier sanctioned 17 Saudi officials suspected of being responsible for or complicit in the killing, but members of Congress have called for harsher actions.

Trump said Tuesday in his statement that the king of Saudi Arabia and the crown prince "vigorously deny" any knowledge of the planning or execution of the murder of Khashoggi.

"Our intelligence agencies continue to assess all information, but it could very well be that the crown prince had knowledge of this tragic event — maybe he did and maybe he didn't!" Trump said.

"That being said, we may never know all of the facts surrounding the murder of Mr. Jamal Khashoggi. In any case, our relationship is with the Kingdom of Saudi Arabia. They have been a great ally in our very important fight against Iran."

Trump said he knows some members of Congress will disagree with his decision. He said he would listen to their ideas, but only if they are focused on U.S. national security.

Shortly after the president's statement was released,

Pompeo, who spoke following a meeting with Turkish Foreign Minister Mevlüt Çavuşoğlu in Washington, told a news conference that the United States was obligated to adopt policies that furthered U.S. national security interests.

"As the president said today, the United States will continue to have a relationship with the kingdom of Saudi Arabia," Pompeo said.

"This is a long, historic commitment and one that is absolutely vital to Americans' national security," Pompeo said.

Asked if he had seen the assessment of U.S. intelligence agencies about who ordered Khashoggi's killing, Pompeo said he could not comment on intelligence matters.

"When America has the information it needs it will of course do the right thing to protect American interests and we have done so every time," he said.

Late last week, a bipartisan group of senators introduced legislation that calls for suspending weapons sales to Saudi Arabia; sanctions on people who block humanitarian access in Yemen or support the Houthi rebels, and mandatory sanctions on those responsible for Khashoggi's death.

France's top diplomat said Monday that his country was mulling sanctions against Saudi Arabia. And Germany on Monday announced that it has banned 18 Saudi nationals from entering Europe's border-free Schengen zone because of their suspected connections to the killing. German officials, who earlier banned new weapons exports to Riyadh, also said they were halting previously approved arms exports.

Some foreign policy experts have not only recommended tougher punitive measures against Saudi Arabia, but have advocated for a complete reset on relations with Riyadh.

Emile Nakhleh, a former member of CIA's senior intelligence service, said that since the crown prince assumed power three years ago, he has turned his country into a "strongman autocracy" that can't be trusted.

"His ruthless power grab, repression of potential challengers within his family, and crackdown on all opposition to his policies and projects inside and outside of Saudi Arabia have put American-Saudi relations at risk," Nakhleh wrote in an op-ed article Monday in the online intelligence newsletter The Cipher Brief. "He feels empowered to crush his potential rivals within the ruling family by his close relationship to President Trump and Jared Kushner."

Kushner, the president's son-in-law, has worked with the crown prince on various issues, including on how to end the conflict between Israel and the Palestinians.