ECtHR rules for termination of pre-trial detention of Demirtaş 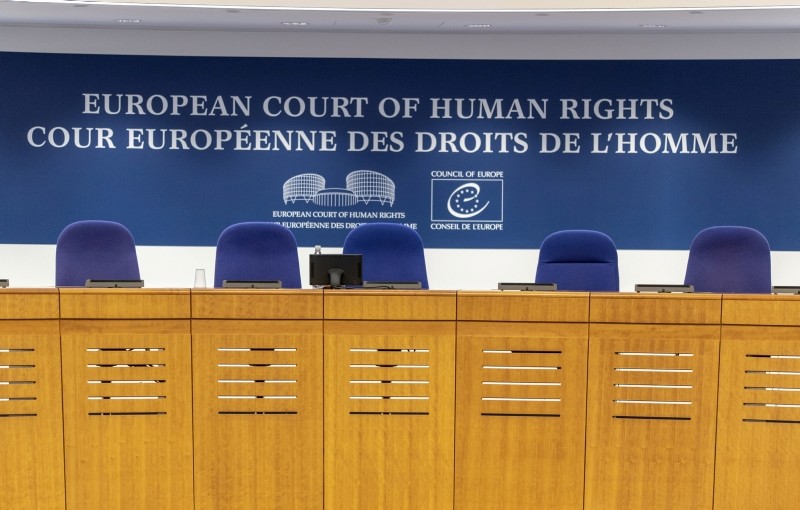 Demirtaş, 45, has been in pre-trial detention since November 2016 after he and other executives and deputies of the HDP – who refused to show up in courts and before prosecutors after they were stripped of their parliamentary immunity – were arrested.

The judges of the ECtHR ruled that although there was "reasonable suspicion" in the arrest of Demirtaş, the judicial grounds cited in the extension of his detention could not be regarded as "sufficient." The court unanimously ruled that his right to a speedy trial was violated.

The Strasbourg-based court also said that Demirtaş's rights to free elections were violated as he could not perform his duties as a member of the parliament or take part in elections as the head of the HDP. The ruling stressed that Demirtaş was jailed during two crucial political campaigns, namely the constitutional reform and presidential system referendum on April 16, 2017, and the presidential and parliamentary elections on June 24, 2018. Demirtaş came third with 8.4 percent of the votes in the presidential race, which he campaigned for from a high-security prison in northwestern Edirne province.

Asked to comment on the ruling, President Recep Tayyip Erdoğan said: "We are not bound by the [ECtHR] decisions."

Erdoğan said that nearly all decisions by the ECtHR regarding the PKK is against Turkey, which has many options as a counter-move.

"It has never been the ECtHR which came and restraint terro in Turkey. Terror went on, and it continues now. It is the Turkish people who pays the price."

As a signatory of a European Convention on Human Rights, the court's decisions are legally binding on Turkey.

Justice Minister Abdulhamit Gül said he needed to see the ruling, but added that a Turkish court would make the final decision on Demirtas' case.

Demirtaş was sentenced to four years and eight months in jail in September for carrying out terrorist propaganda in a speech in 2013. In 2016, he was also sentenced for insulting "the Republic of Turkey, the Turkish nation, the Turkish state and state institutions."

However, the weightiest charges facing Demirtaş are related to the Kobani riots on Oct. 6-7, 2014, and the role of the HDP-linked officials and municipalities in the PKK terrorist group's unilateral move to end the reconciliation period and launch an unprecedented barricade and trench warfare in cities and towns in Turkey's southeast.

Demirtaş is accused of inciting hatred in the Kobani riots, which erupted at the height of Daesh terrorists' attack on northern Syria's predominantly Kurdish border town of Ayn al-Arab – also known as Kobani – which is controlled by the PKK's Syrian offshoot People's Protection Units (YPG). Following Demirtaş's call to take to the streets, more than 50 people were killed and hundreds of others were injured in clashes between security forces and the sympathizers of HDP/PKK and the right-wing Free Cause Party (HÜDAPAR).

In July 2015, PKK unilaterally attacked Turkish security forces while a new strategy was adopted in lessons learned from the Syrian Civil War. In addition to guerrilla tactics in the countryside, the PKK positioned militants in heavily populated urban areas in the southeast while using suicide attacks against both civilian and public targets in Turkey's large cities in the west. Several HDP deputies and municipalities held by the HDP are being accused of collaborating with PKK militants and providing logistics support and heavy duty machines.

Demirtaş broadened his party's appeal beyond Turkey's predominantly Kurdish southeast region, winning the support of left-leaning and liberal voters. His party, however, is criticized for not sufficiently distancing itself from PKK terrorists.