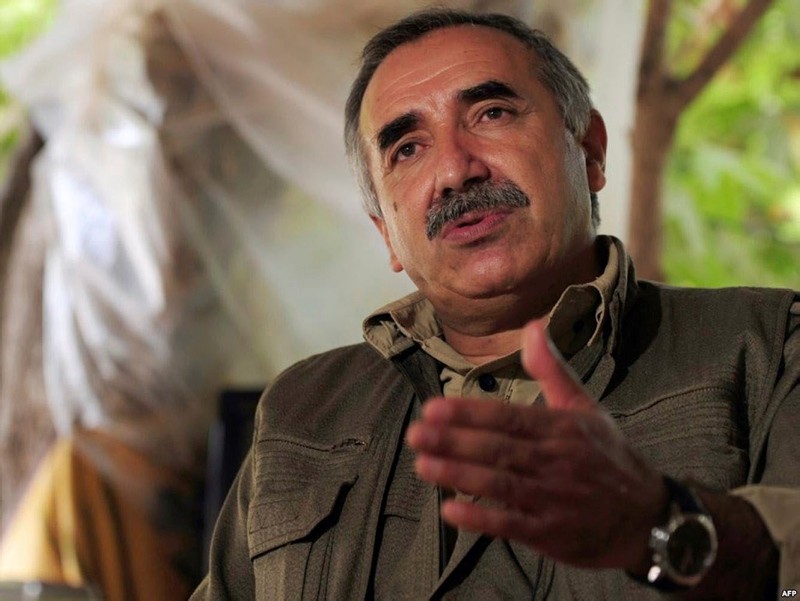 The PKK terror organization's acting leader Murat Karayılan on Tuesday dismissed Washington's decision to a combined $12 million bounty on three key PKK leaders, saying the U.S. move had no importance for them at all.

Speaking to pro-PKK channel Sterk TV, Karayılan said the PKK would not be destroyed through these three individuals, nor be weakened.

"If the PKK were to be destroyed in this way, when America, through an international conspiracy, handed over Leader Apo to Turkey, PKK would have been destroyed then," Rudaw TV quoted Karayılan as saying.

The decision has no legal aspect for the PKK and Kurds, the senior PKK terrorist asserted.

In early November, the U.S. Department of State's Rewards for Justice program authorized up to $12 million of rewards for information leading to the identification or location of three senior members of the PKK terrorist group.

Up to $5 million was offered for information on the PKK's acting leader Murat Karayılan, $4 million for Cemil Bayık and $3 million for Duran Kalkan as part of the authorization.

Karayılan has been the PKK's acting leader ever since the organization's founder and leader, Abdullah Öcalan, was captured by Turkish security forces in 1999.

Founding member and senior leader of the PKK, Bayık is also among the members of the Koma Civaken Kurdistan (KCK), an umbrella group covering the PKK and its offshoots in the neighboring countries of Turkey, Iraq; Iran and Syria. Bayık is the main culprit of a car bomb attack which killed 35 people in Ankara's central Kızılay Square in March 2016.

On the links between the PKK and the Democratic Union Party (PYD) and its armed wing the People's Protection Units (YPG), Karayılan denied all claims that there was such "an organic bond."

Slamming U.S. Special Representative for Syria James Jeffrey's comments, the PKK leader said: "The PKK is a single party/entity. An American official's evaluation that the 'PYD is an extension or arm of the PKK' is not correct. There is no organic bond."

Last week Jeffrey had said even though the PYD is the Syrian wing of PKK terrorist group, the U.S. does not recognize it as such.

"Our mission to bring peace to Syria would already be over if we turned our backs on Syrian Democratic Forces (SDF), which evolved from the PYD, which is in its own sense an offshoot of the PKK," he said, adding the PYD had been the U.S. local partner since 2014.

Ankara sees no difference between the PKK and the YPG, saying both are the same terrorist group under different names. Washington, on the other hand, lists the PKK as a terrorist group, while supporting the YPG as a partner in its fight against Daesh.

The U.S. denies the PKK's connection with the YPG and the Syrian Democratic Forces (SDF), an umbrella group that mostly consists of YPG terrorists, despite all the proof suggesting otherwise and continues to support the terrorists under the pretext of fighting Daesh.

U.S. support for the YPG terrorist organization, which facilitated the groups' efforts to form an autonomous region, has been a major sticking point in U.S.-Turkey relations.

Ankara believes that the U.S. has been using the fight against Daesh as an excuse to justify its heavy arms support to the group, which signals that Washington has long-term objectives in the region.

The U.S. has provided military training and truckloads of weapons despite Ankara's security concerns and warnings that the group is linked to the PKK terrorist organization that has claimed the lives of more than 40,000 people over 30 years.