US knows who is behind Khashoggi murder, senior AK Party official says 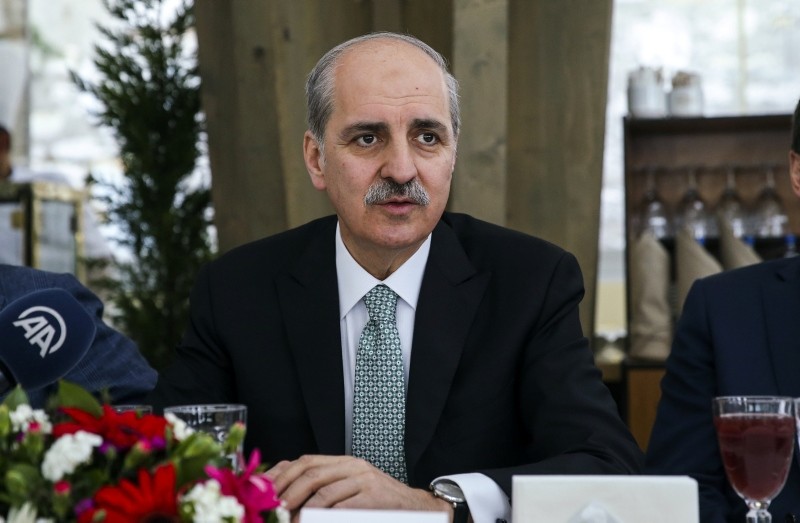 It is not possible for U.S. to not know who gave the order of journalist Jamal Khashoggi's murder, deputy chairman of ruling Justice and Development Party (AK Party) Numan Kurtulmuş said on Wednesday.

Trump vowed on Tuesday to remain a "steadfast partner" of Saudi Arabia, despite saying that Saudi Crown Prince Mohammed bin Salman may have known about the plan to murder to Khashoggi, a U.S. resident and Washington Post columnist.

Of the possibility Prince Mohammed had a hand in the murder, Trump said: "Maybe he did, maybe he didn't". His comments contradicted the CIA, which believes Khashoggi's death was ordered directly by the crown prince, Saudi Arabia's de facto ruler.

"It is not possible for an intelligence agency such as the CIA, which even knows the color of the fur on the cat walking around the Saudi consulate's garden ... to not know who gave this order," he said. "This is not credible either for U.S. public opinion or the world public opinion."

Kurtulmuş said Turkey never saw the case through a political perspective and made sure no the murder would not be covered-up after conducting a successful investigation process with its diplomacy, law and media

"This made Saudi Arabia to say 'Yes, our guys committed this crime' in a short period," he said.

Since Khashoggi's killing at the Saudi consulate in Istanbul last month, Turkey has repeatedly said the order came from the "highest levels" of the Saudi government, although it has not directly accused Prince Mohammed.

Saudi Arabia has denied that the crown prince ordered the killing. After offering numerous contradictory explanations, Riyadh said last week Khashoggi had been killed and his body dismembered when "negotiations" to persuade him to return to Saudi Arabia failed.

Trump said Saudi Arabia, a major oil producer, was an important business partner and a "great ally" in the fight against Iranian power in the Middle East.

Following a meeting with U.S. Secretary of State Mike Pompeo in Washington, Turkish Foreign Minister Mevlüt Çavuşoğlu said Ankara is not entirely satisfied with the level of cooperation it is receiving from Saudi Arabia regarding the case.

Çevuşoğlu said Ankara may seek a formal United Nations inquiry if its liaising with Riyadh comes to an impasse.