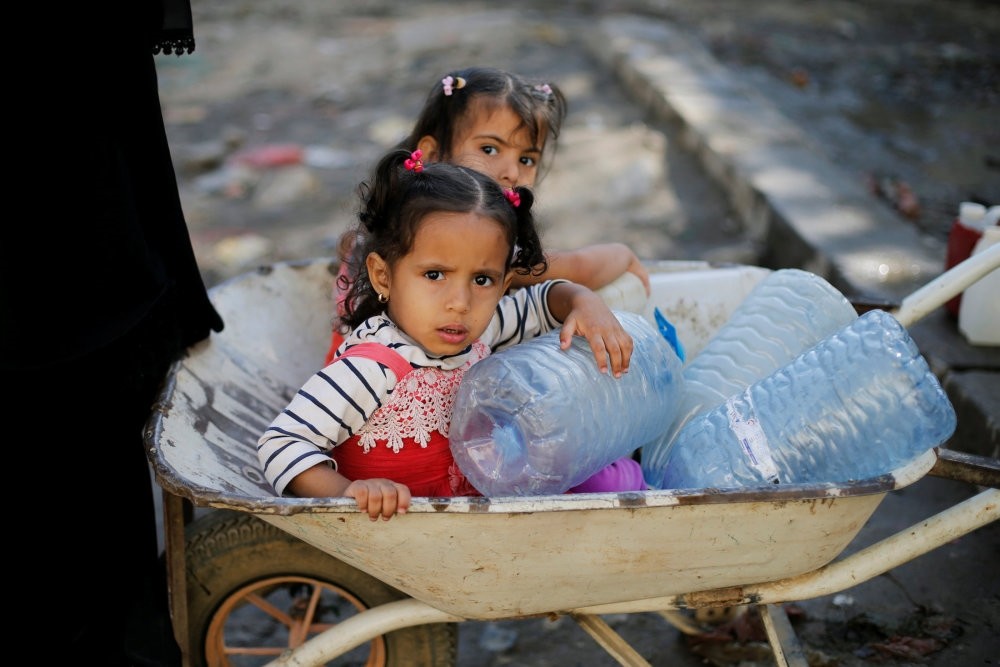 Girls wait to collect drinking water from a tap provided by a charity amid fears of a new cholera outbreak in Sanaa, Yemen Nov. 5.
by Daily Sabah with Agencies Dec 08, 2018 12:00 am

A countrywide fundraising campaign was launched on Friday in mosques across Turkey to support the people in war-torn Yemen.

Launched by Turkey's Religious Affairs Directorate (Diyanet) and the Turkiye Diyanet Foundation (TDV), the campaign collected donations in 90,000 mosques across the country for Yemeni Muslims, who are struggling against starvation, disease and civil war.

"Today Yemen is dejected. People, children are dying. Some 11 million people are fighting a famine. We are collecting donations in 90,000 mosques across the country for Yemen," President of Religious Affairs Ali Erbaş said on Friday in southeastern Mardin province.

"I call on our citizens to support this campaign," he added.

Those wishing to participate in the charity campaign can also send a text message with the word YEMEN to 5601 to donate 10 Turkish liras ($1.87).

Yemen has been wracked by violence since 2014 when the Houthi rebel group overran much of the country, and the crisis escalated in 2015, when a Saudi-led coalition launched a devastating air campaign aimed at rolling back Houthi gains.

The United Nations' refugee agency says there have been nearly 1,500 civilian casualties in Yemen from August through October.

The three-month tally, which includes both killed and wounded, is the latest toll from a four year civil war that has killed at least 16,000 civilians.

The UNHCR urged the warring parties in a statement released on Friday to do more to protect civilians, saying data from Yemen shows an average of 123 civilian deaths and injuries every week during the period. Yemen's Iran-backed Houthi rebels and the internationally recognized government, supported by a Saudi-led coalition, are meeting in Sweden for U.N.-sponsored talks aimed at halting the bloodshed.