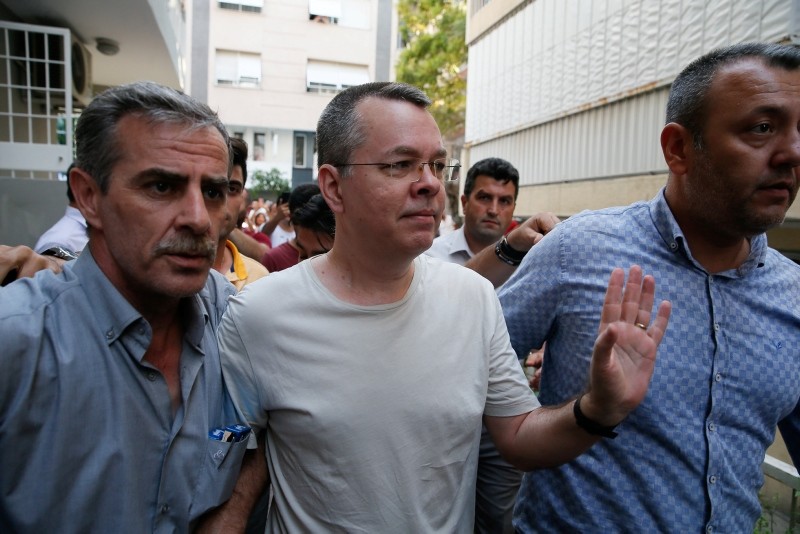 American pastor Andrew Craig Brunson, who was at the core of diplomatic issues between Turkey and the United States a couple of months ago, has said that if it was up to him, he would extradite the leader of the Gülenist Terror Group (FETÖ) to Turkey, who is yet another obstacle in ties between the two countries.

In an interview published on Hürriyet newspaper late Monday, the pastor added that the U.S. would not barter Pennsylvania-based fugitive preacher Fetullah Gülen, the mastermind behind the July 15 botched coup attempt, or Mehmet Hakan Atilla, who was imprisoned by American authorities for allegedly violating sanctions on Iran in a case that has strained already-tense ties between the NATO allies, for himself.

The U.S. and Turkey remain divided on a host of other issues, including the U.S.' policy in Syria and Washington's support for the PKK terrorist group's Syrian affiliate, the People's Protection Units (YPG). In addition, there is Turkey's request for the U.S. to extradite Gülen, which attempted to overthrow the government through a coup on July 15, 2016. During the failed coup attempt, 251 people were killed and nearly 2,200 people were injured.