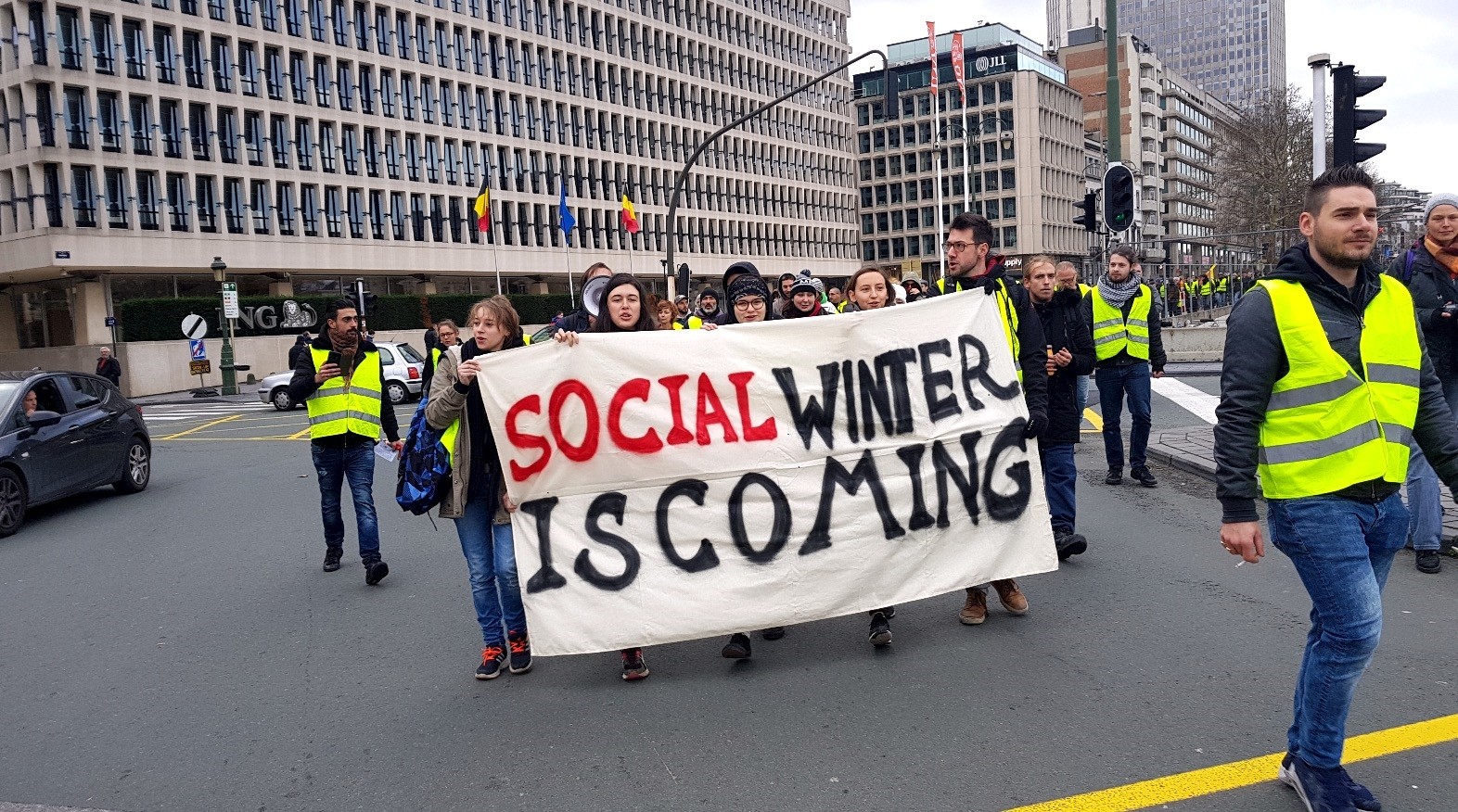 A protest at Schuman Square in the European quarter in Brussels, where the major European Union institutions are located, Dec 8.
by Mehmet Solmaz Dec 10, 2018 12:00 am

Over a thousand "yellow vest" protesters gathered in the Belgian capital for the second consecutive Saturday to protest the government's taxation and social rights policies. Belgian officials stated that 450 people were taken into administrative custody and legal detention procedures would be applied to those found suspected of committing a criminal offence.

The crowd, which held a banner that read "Social Winter Is Coming," initially planned to hold their protest at Schuman Square in the European Quarter, where the major European Union institutions are located.

Although Belgian Prime Minister Charles Michel announced hours before the protests that his government would not go along with the planned tax increase on fuel, the yellow vests said their demands are for more than just a hold on fuel tax hike.

Brussels police used dogs and horse charges to disperse the angry crowd that wanted to march towards the area where the EU Council and the EU Commission are located.