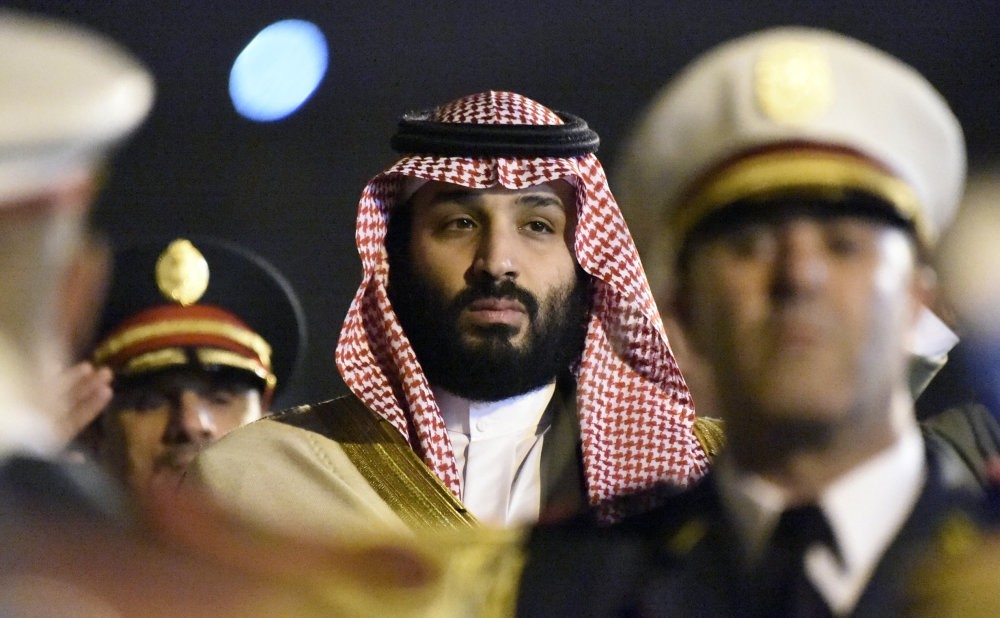 Saudi Crown Prince Mohammed bin Salman is seen behind a military band upon his arrival at Algiers International Airport, Dec. 2.
by Daily Sabah with Agencies Dec 18, 2018 12:00 am

Saudi Arabia on Sunday criticized the resolution passed by the U.S. Senate condemning the kingdom's Crown Prince Mohammed bin Salman (MBS) for the murder of dissident journalist Jamal Khashoggi, and Riyadh's role in the war in Yemen.

"The Kingdom of Saudi Arabia rejects the position expressed recently by the United States Senate, which was based upon unsubstantiated claims and allegations, and contained blatant interference in the Kingdom's internal affairs, undermining the Kingdom's regional and international role," Saudi Arabia's Ministry of Foreign Affairs posted on Twitter.

The U.S. Senate on Thursday passed a bill that directly pins the blame for the murder of Saudi dissident Khashoggi on MBS and called on Riyadh to ensure appropriate accountability for all those responsible for Khashoggi's killing.

The bill comes on top of a resolution that also passed on Thursday that ordered the U.S. military to cease all assistance to the Saudi-led armed campaign in Yemen, including the refueling of warplanes.

Reactions towards the dire humanitarian situation in Yemen, where tens of thousands have died of starvation, has been compounded by the murder of Khashoggi at the Saudi Consulate in Istanbul on Oct.2

"The Kingdom categorically rejects any interference with its internal affairs and any and all accusations, in any manner, that disrespect its leadership," the Saudi foreign ministry statement, however, added.

While key U.S. lawmakers sent a strong signal that they want to punish Saudi Arabia for its role in the murder of Khashoggi, Nancy Pelosi, who is expected to become the Democrats' next speaker of the U.S. House of Representatives, is under pressure to take legal steps against Saudi Arabia once Democrats take back the House majority in January.

Pelosi has said Thursday that she would support sanctions against MBS "if the evidence is that he was" involved in Khashoggi's killing while declining to say if she thinks U.S. intelligence shows that.

Members of Pelosi's caucus are already planning further hearings on Yemen and are pressing for an early vote in January on legislation to withdraw U.S. support for the war.

Meanwhile as the murder has damaged Riyadh's international reputation; Western countries including the U.S., France, and Canada have placed sanctions on nearly 20 Saudi nationals.

Accordingly, Ottawa is considering cancelling an arms deal signed with Riyadh in 2014 as criticism mounts over Saudi Arabia's role in the death of Khashoggi.

Canadian Prime Minister Justin Trudeau on Sunday said he was looking into ways to cancel an arms deal with the kingdom, adding that the murder of Khashoggi is unacceptable.