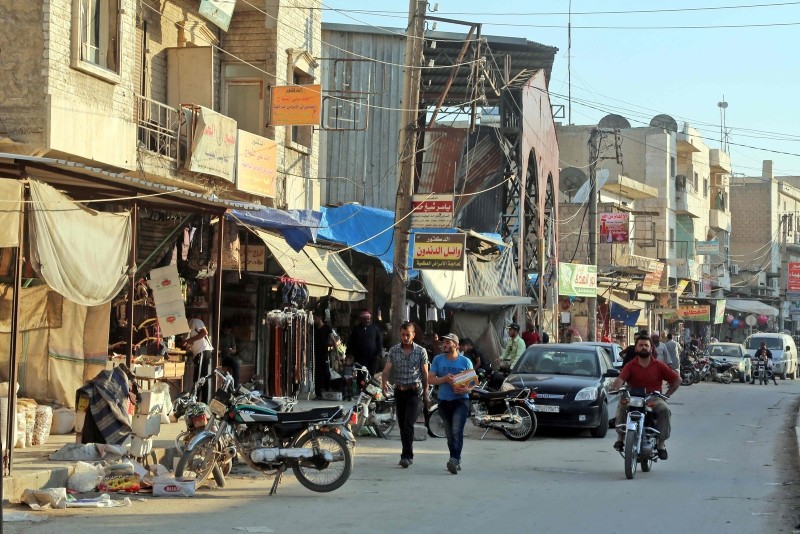 The U.S.-led coalition has denied that there were changes to the military deployment in Syria's Manbij held by the PKK's Syrian wing, refuting the Assad regime's account that its troops had entered the town.

The coalition said Friday that the announcement that regime troops had entered the town was "incorrect." The People's Protection Units (YPG) said the regime troops have deployed at the front lines with Turkey-backed Free Syrian Army to avert a Turkish offensive.

U.S. troops have been patrolling the town and have bases on its edge to prevent friction with Turkey-backed fighters. The town is held by the U.S-backed terrorist group YPG.

Turkey has threatened a military campaign to drive the terrorists out of the town. The threats, in part, triggered the surprise announcement by U.S. President Donald Trump that he will withdraw American troops from Syria.

The Assad regime announced earlier Friday that it had entered the town of Manbij and raised the national flag there.

"We call on everyone to respect the integrity of Manbij and the safety of its citizens," the U.S.-led coalition said.