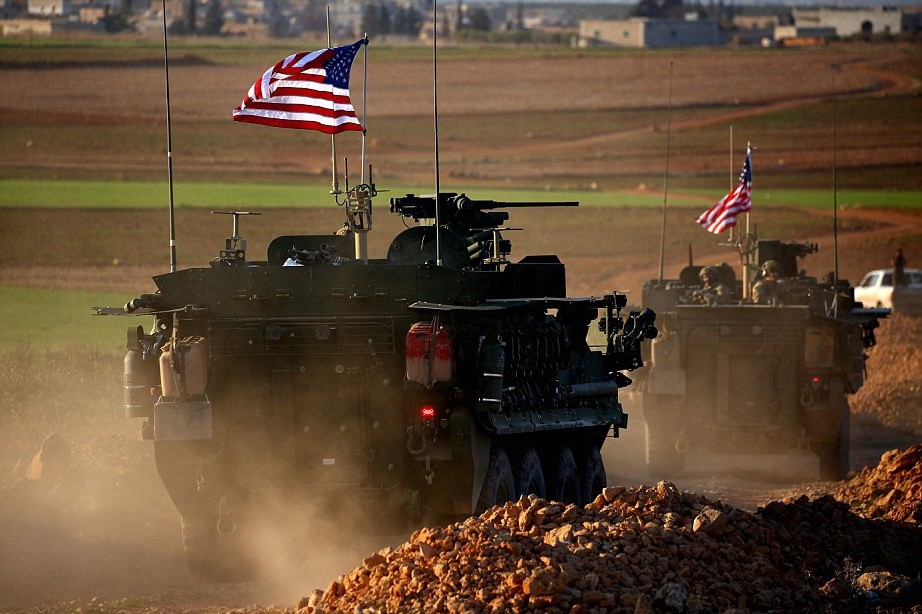 Last month, U.S. President Donald Trump set the agenda for the international community by announcing that he will withdraw the country's troops from Syria, a decision that was so sudden it shocked even his closest advisors. Before long, however, it was revealed that his habit of unexpected announcements will persist, with another statement on Wednesday saying the U.S. will continue its support of the PKK's Syrian affiliate, the People's Protection Units (YPG), in northern Syria despite the withdrawal.

Granting that this is an unfavorable set of remarks, especially for Turkey, according to experts, the reason behind Trump's unfortunate announcement is his desire to ease the domestic criticism over the withdrawal, and eventually save time for the process.

"The decision by Trump to withdraw U.S. troops from Syria was quite sudden. Thus, it has drawn criticism from within the U.S. Many accused Trump of abandoning the YPG," said Cengiz Tomar, the president of Ahmet Yesevi University. "Therefore," Tomar underlined, "now, Trump is trying to save time with these statements, aiming to prove to his critiques that he is not leaving any one of its partners, but only leaving Syria."

As far as the groups in the U.S. that criticized Trump's decision are concerned, Ahmet Kasım Han, a professor at Altınbaş University, pointed at the Pentagon and United States Central Command (CENTCOM) in particular, expressing that the support for the YPG in the country originally comes from these two state institutions.

"However, in time, this support has widened and established its own network and lobby in the U.S.," he said. "Now, these groups that support the YPG present a romantic argument over the issue, claiming that since the YPG has helped the U.S. defeat Daesh, it would not be moral to leave them."

"We need to take the "qualified and calibrated" versions of Trump's statements into consideration, not the raw versions. And now, with this statement, we see the qualified version of his announcement of withdrawal," he said.

Trump further revealed that the YPG was selling oil to Iran and that the U.S. has asked them to stop, during a Cabinet meeting at the White House in front of reporters.

Although he said "Kurds" instead of the YPG, experts say there is no doubt that he was referring to the terrorist organization.

"In the U.S.' opinion, the PKK is not same with the YPG. However, the YPG is the same as the Kurds," Han said.

The U.S. has been providing support to the PKK's Syrian affiliate YPG under the pretext of fighting against Daesh, despite an outcry from Ankara, who views the terrorist group's presence on its southern border as a grave threat.

In its more than 30-year terror campaign against Turkey, the PKK - listed as a terrorist organization by Turkey, the U.S. and the EU - has been responsible for the deaths of some 40,000 people, including women and children.

When it comes to how the country's support to the terrorist organization will continue post-withdrawal period, Han underlined that U.S. has the necessary means to protect these organizations whether it is present on the ground or not, especially referring to the country's bases in Syria.

"The support might be financial or some weapons can still be provided to the terrorist organization underhandedly. In order to support these groups, the U.S. does not need to be present in the region," Tomar also explained.

"However," he indicated, "its absence, of course, still a big loss for the YPG, which is already trying to cooperate with other states."

Trump also said that the U.S. would get out of Syria "over a period of time," emphasizing that he did not specify any time frame as mentioned in several media outlets, including The New York Times, which claimed in an article that the U.S. withdrawal will be completed in four months.

Trump did not provide a timetable for the planned military exit from Syria, which he announced against the advice of top national security aides and without consulting lawmakers or U.S. allies participating in anti-Daesh operations.

"I believe that U.S. will eventually withdraw from the region. However, it will be a slow process and take time in my opinion. Still, withdrawing militarily does not mean that you are withdrawing your intelligence service from the region as well," Tomar said on the matter.

Trump also said Syria was lost long ago as he called the U.S. presence in the country a "lost cause."

Former U.S. Defense Secretary Jim Mattis announced on Dec. 20 that he was stepping down, but would stay on the job until the end of February. Three days later, Trump said he was replacing Mattis with the second-ranking defense official, Pat Shanahan, on New Year's Day.

Trump said he fired Mattis and the former secretary "couldn't believe" how much federal money Trump had helped secure for the military.

Trump then asked rhetorically "What's he done for me?