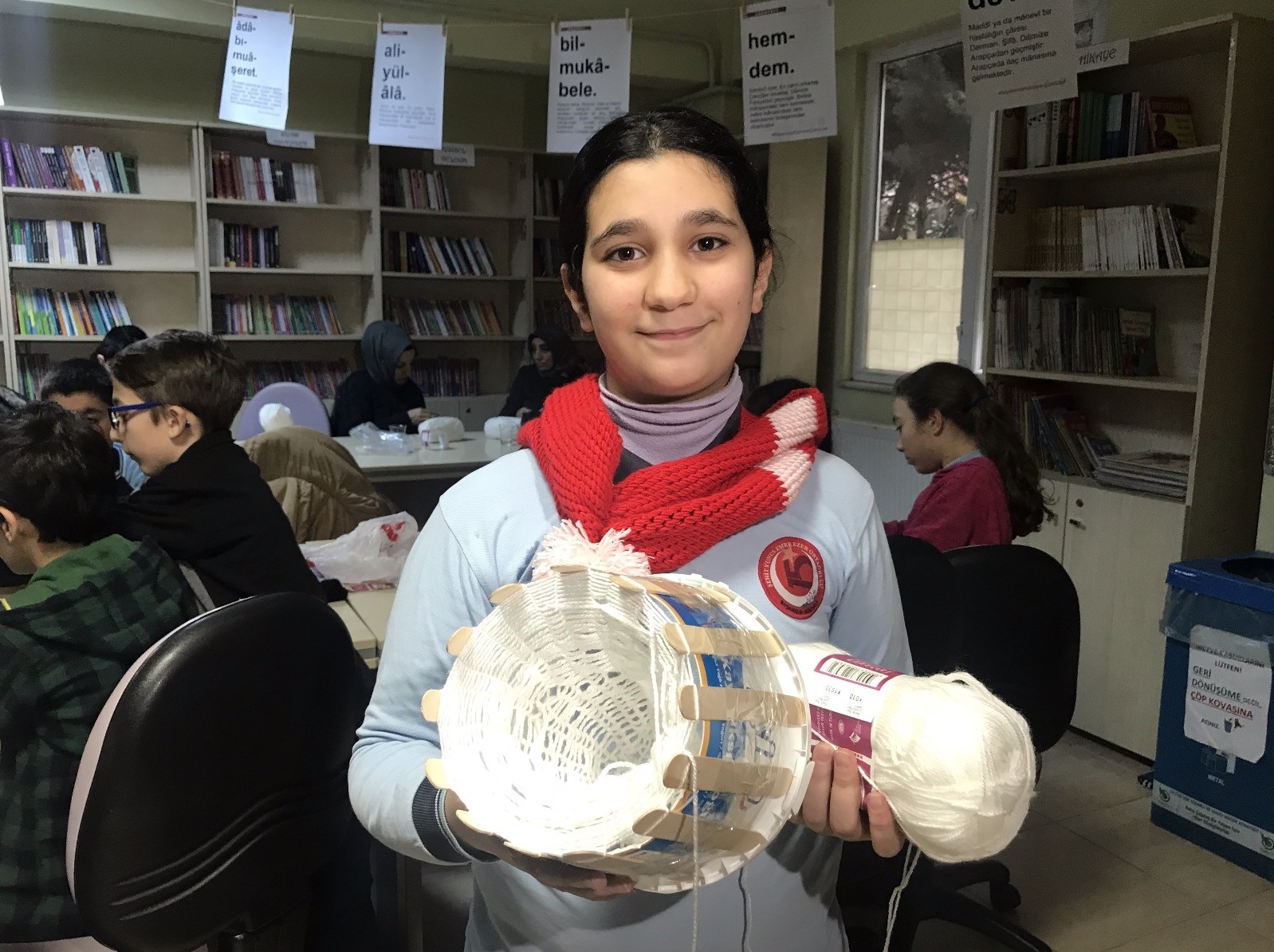 The 'Cozy Kindness Project,' initiated by a group of Turkish children and their parents, looks to help Syrian refugee children cope with the winter cold by knitting scarves and barrettes

Being home to the largest refugee population in the world, Turkish people continue their efforts in different fields to relieve the needs of Syrian refugees. The latest project came from the children who want to help the refugees cope with the harsh winter conditions.

Turkish children, who are studying in "knowledge houses" with their parents, initiated the "Cozy Kindness Project" under the roof of Kocaeli Metropolitan Municipality to help Syrian refugee children brave the cold. As part of the project, primary and secondary school students and 80 mothers are knitting scarves and barrettes for Syrian children. The scarves and barrettes will be transferred to the refugee camps along Syrian-Turkish border through the Human Rights and Liberty Humanitarian Assistance Foundation (İHH).

Speaking to Anadolu Agency (AA), Ali Gölcü, responsible for the knowledge houses that launched numerous educational projects for Syrian refugees, underscored that 250 scarves and barrettes have been knitted so far within the framework of the project. 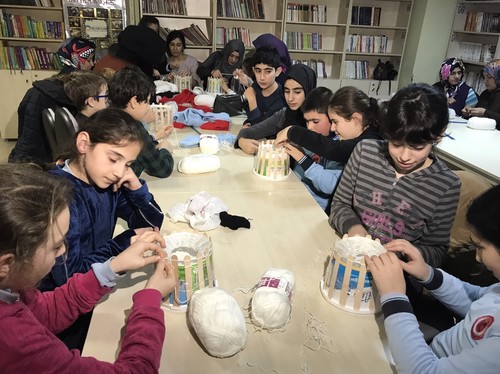 "We have seen a lot of effort in carrying out this project; we have seen that the children are enthusiastic. As you know, our country opened its doors to many people in this geography and we are trying to support as much as we can. Children are also aware of this," Gölcü said.

Children also expressed their satisfaction and happiness about being part of such a project and helping Syrian children in need. Kadirhan Karaman, a fourth-grade student, stated that he would be happy if refugee children cheer up.

"They are children like us and we share the same names. I feel happy helping them," Devrim Alataş, a seventh-grade student, said. Pointing out that she, as a mother, is very glad to be a part of this project, İnci Topçu highlighted that after she brought her children to the knowledge house, she decided to stay and help the project to the best of her ability instead of going home.

Since 2011, Turkey has received a constant flow of displaced Syrians fleeing the conflict and their numbers have expanded from mere thousands to millions. So far, Turkey has spent more than $30 billion on their well-being. The country is hosting the biggest Syrian refugee population in the world. Since the beginning of the crisis, the government and people of Turkey have demonstrated unparalleled generosity in supporting refugees and integrating them into national services, including health, education, employment, and other municipal and social services. Turkey's Disaster and Emergency Management Authority (AFAD) has led the efforts to shelter refugees. Originally set up to help disaster victims, AFAD was tasked with accommodating refugees amid the Syrian crisis. At some 14 accommodation centers, including tent camps and modern prefabricated housing units, AFAD hosts 174,256 Syrian refugees.

The rest either live in houses they rented or bought or in homes provided by charities in Turkey's 81 provinces. Modern camps provide refugees with access to all basic services, from education to vocational training courses. Education is the main concern for refugees as youth and children make up the majority of Syrians taking shelter in Turkey.

As the war has dragged on, Turkey shifted its policy toward refugees from simple protection and humanitarian aid to integration as only a small fraction of the overall refugee population stays in state-run camps near the border with Syria, while the rest are spread out across Turkey.

Women and children make up the majority of refugees, and many refugee families depend on fathers and elder sons for income. Education is a key part of the integration of refugees as 1 million of these refugees are children of school age. Turkey granted access to public schools in 2014, and despite a language barrier and a different curriculum, the refugees are offered Turkish language classes, remedial courses, counseling and many other services. As of 2018, some 611,418 Syrian children are enrolled in Turkish schools, which equals 63 percent of the school-aged population.