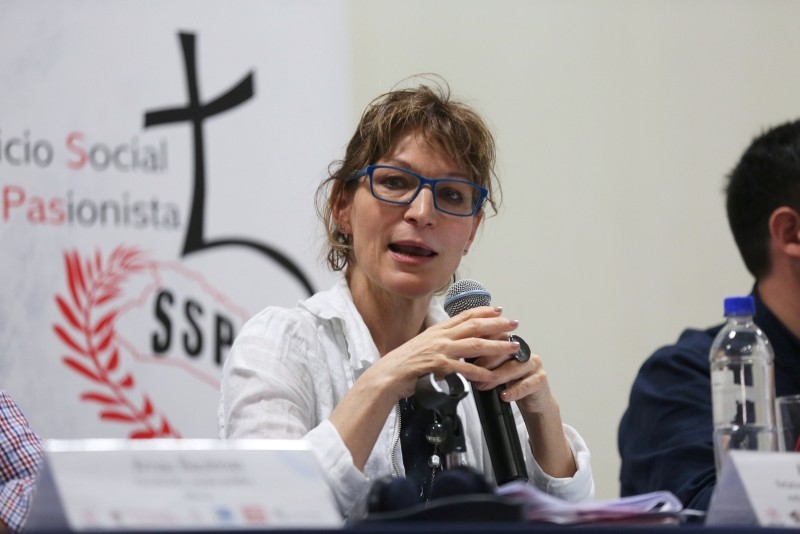 Special Rapporteur on extrajudicial, summary or arbitrary executions at the Office of the U.N. High Commissioner for Human Rights, Agnes Callamard attends a forum at a university in San Salvador, El Salvador, Jan. 30, 2018. (Reuters Photo)
by Jan 24, 2019 8:41 pm

The United Nations special rapporteur on extrajudicial, summary or arbitrary executions told Reuters on Thursday she will travel to Turkey next week to head an "independent international inquiry" into the murder of Saudi journalist Jamal Khashoggi.

Khashoggi, a columnist for the Washington Post and a critic of Crown Prince Mohammed bin Salman, was killed and dismembered by Saudi agents at its consulate in Istanbul on Oct. 2, provoking an international outcry.

Earlier on Thursday, Foreign Minister Mevlüt Çavuşoğlu said it was time for an international investigation and that President Recep Tayyip Erdoğan had ordered preparations to be made.

"I will be heading an independent international inquiry into the killing of Saudi journalist Mr. Jamal Khashoggi, commencing with a visit to Turkey from 28 January to 3 February 2019," independent U.N. investigator Agnes Callamard said in an email reply to Reuters in Geneva.

Callamard said that she would evaluate the circumstances of the crime, and "the nature and the extent of states' and individuals' responsibilities for the killing."

"My findings and recommendations will be reported to the U.N. Human Rights Council at the June 2019 session," she said.

There was no immediate word on what other experts would take part in the investigation or whether they had sought access to Saudi Arabia.

A Saudi public prosecutor's spokesman said last year that 21 Saudis were taken into custody in relation to the case, 11 of whom have been indicted and referred to trial. Earlier this month the prosecutor said it was seeking the death penalty for five of the 11 detained suspects.

Callamard, a French academic who is director of the Columbia Global Freedom of Expression Department at Columbia University in New York, reports to the U.N. Human Rights Council in Geneva and has a global mandate to investigate executions.