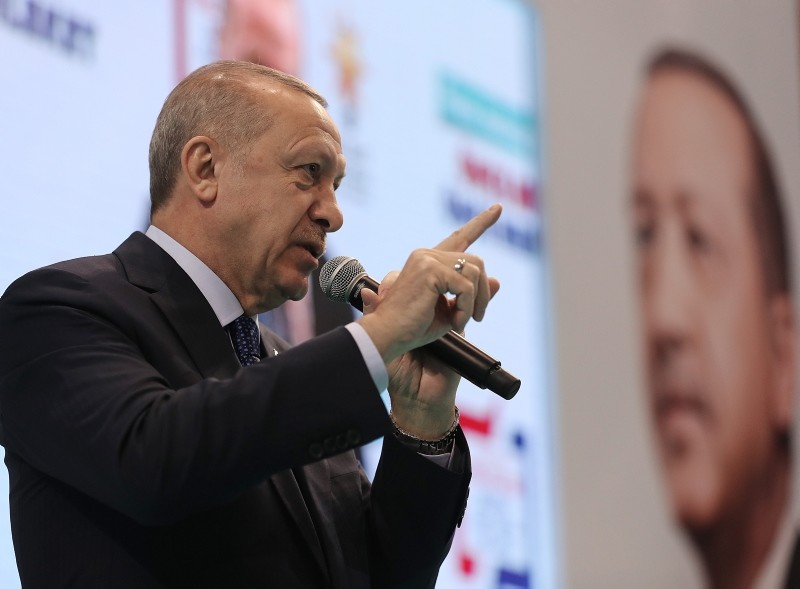 Turkey expects a "safe zone" to be in place in Syria along the Turkish border within a few months and only Ankara has the power to establish it, President Recep Tayyip Erdoğan said Friday.

In a speech in the eastern province of Erzurum, Erdoğan pointed to the 1998 Adana Agreement signed between Ankara and Damascus and said Turkey would be able to enter Syrian territory when it faces threats, in line with the deal. He added that it was out of the question for an international coalition to form the safe zone.

The Turkish president said the zone should be "aimed at protecting our country from terrorists, not protect terrorists right beside our border" and should be established within a few months.

"Otherwise, we will definitely form this safe or buffer zone ourselves. Our only expectation from our allies is that they provide logistical support to Turkey's effort," he added.

Since 2012, Erdoğan has been suggesting that a safe zone of 30-40 kilometers could be established between the northern Syrian towns of Jarablus and al-Rai. However, the plan did not come to fruition at the time.

Last week, following a phone call between Erdoğan and his U.S. counterpart Donald Trump, the issue came to agenda once again and Turkey has since shown its determination to establish a safe zone in northern Syria.

While the establishment of a safe zone would eliminate some of Turkey's security concerns, the presence of the PKK's Syrian offshoot the People's Protection Units (YPG) in Syria and its plan to form a quasi-state will continue to present a threat to the country.

Turkey has repeatedly stressed that the presence of the YPG along its borders poses grave security threats to the country. Furthermore, the U.S.' longstanding partnership with the terrorist group, under the guise of the fight against Daesh and its heavy arms support to the group, have opened deep wounds in ties with Turkey that are yet to heal.

Ankara has been underlining that it will not allow the YPG to strengthen its grip on Syria. Turkey was prepared to launch an operation east of the Euphrates to eliminate the YPG. However, following the U.S.' decision to withdraw its troops from Syria, Ankara decided to put the operation on hold temporarily.