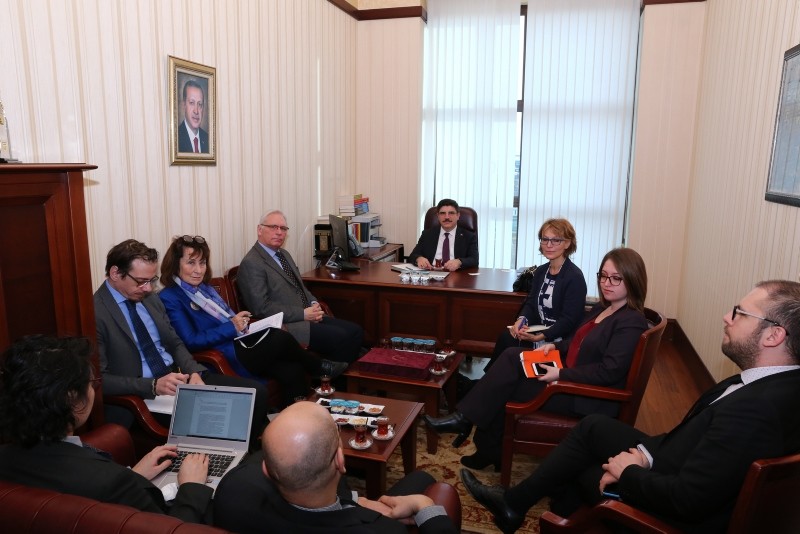 Agnes Callamard, the U.N. special rapporteur on extrajudicial, summary or arbitrary executions, held one-and-a-half-hour meeting with Yasin Aktay over the killing of Khashoggi last fall in the Saudi Consulate in Istanbul.

Aktay, who also was a friend of Khashoggi's, told reporters that Callamard and her team would have access to the audio recordings of the killing of Khashoggi.

Callamard and the accompanying delegation finalized their meetings in Istanbul on Thursday and traveled to Ankara to meet with government officials and intelligence representatives.

The U.N. official will stay in Turkey until Saturday.

The U.N. Human Rights Office of the High Commissioner last week said that the international investigation would be led under Callamard's authorization and it would "review and evaluate, from a human rights perspective, the circumstances surrounding the killing of Khashoggi."

Callamard is being accompanied by Baroness Helena Kennedy, QC, and Professor Duarte Nuno Vieira from the University of Coimbra, Portugal.

The U.N. delegation Wednesday carried out examinations around the Saudi Consulate General in Istanbul, then spoke to Irfan Fidan, the chief public prosecutor of the city. The delegation also met with Foreign Minister Mevlüt Çavuşoğlu and Justice Minister Abdulhamit Gül.

Callamard is going to provide her findings and recommendation on the murder investigation as a report in the UN Human Rights Council session scheduled for June.

Khashoggi, a contributor to The Washington Post, was killed at the Saudi Consulate in Istanbul on Oct. 2.

Turkey has sought the extradition of the Saudi citizens involved in the killing as well as a fuller accounting of the killing from Riyadh.
Last Update: Feb 01, 2019 11:48 pm
RELATED TOPICS