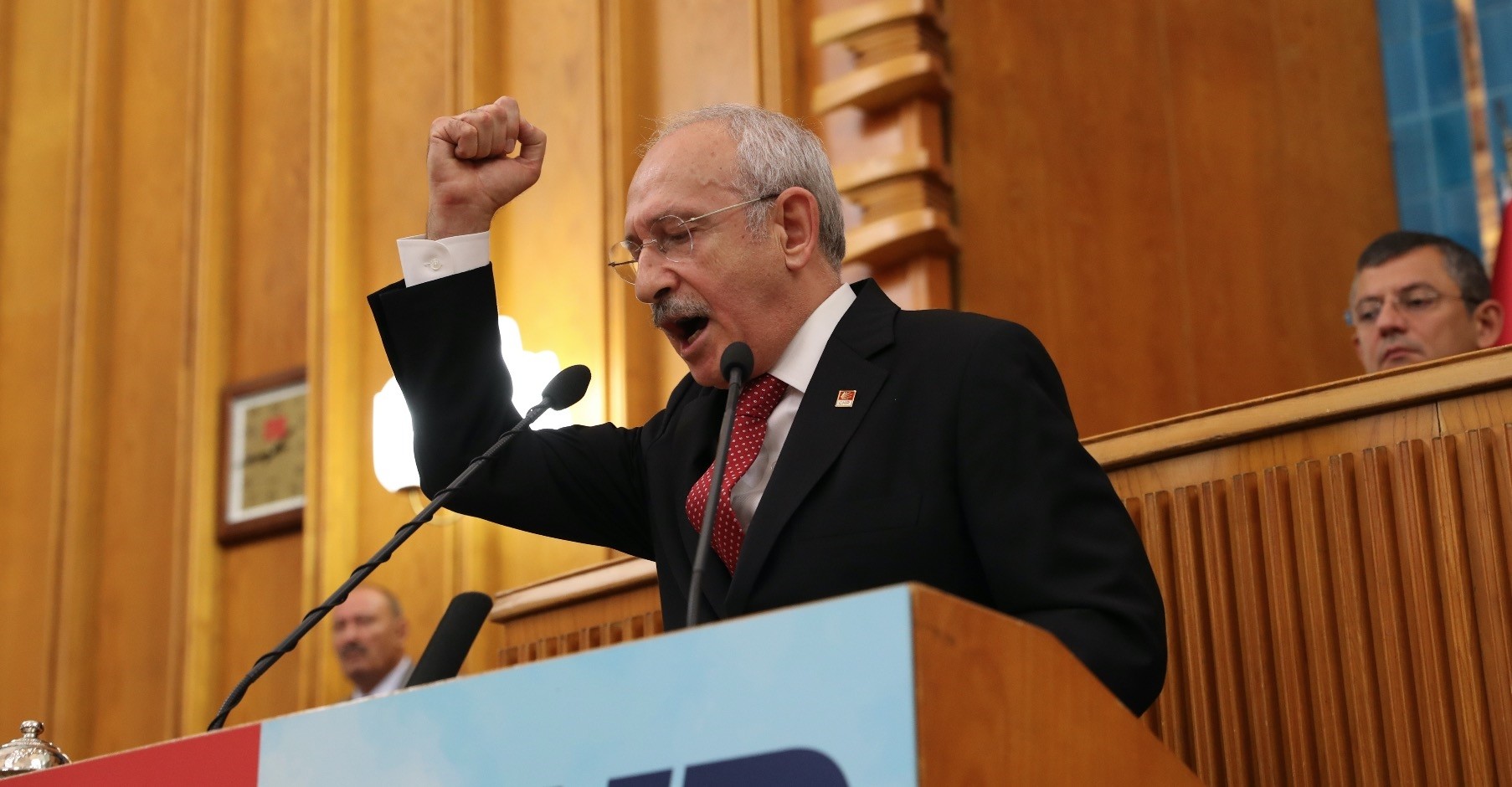 With heated discussions continuing to drag the main opposition Republican People's Party (CHP) into a crisis ahead of the March 31 local elections, Chairman Kemal Kılıçdaroğlu received authority to be the only decision maker that will choose candidates in the remaining provinces and districts.

CHP's party caucus meeting on Saturday for the upcoming municipal elections was shadowed by intraparty conflicts once again when some members pushed forward Erdal Aksünger as a district mayoral candidate for Bayraklı, İzmir. However, Kılıçdaroğlu came out against this nomination and Aksünger was officially left out of the race.

As part of the decision taken during the meeting, Kılıçdaroğlu will be able to nominate candidates and even change candidates who have received approval from the party caucus so the process is not prolonged any further. Yet, Kılıçdaroğlu is expected to only use his authority in provinces and districts where the candidate situation is critical.

In Istanbul's Silivri and Maltepe, İzmir's Bayraklı, Muğla's Bodrum, Ankara's Etimesgut districts and Ordu metropolitan municipality, Kılıçdaroğlu is expected to field several names that have been insistently rejected by the party administration.

While discussions on the candidate selection continue, the CHP announced 71 more election candidates, including the Erzurum metropolitan municipality during the eighth party assembly meeting.

Critical districts including Istanbul's Şişli, Beyoğlu and Küçükçekmece, and İzmir's Buca, which were rejected in the sixth party caucus meeting, were also re-voted.

Reportedly, during this party caucus meeting, candidate names were long discussed and voted one by one; yet dissidents within the party tried to change both the way of voting and the names of candidates by submitting a large number of proposals. Previously on Jan. 27 at another the party caucus meeting, the names of CHP's 145 mayor candidates were revealed, which had sparked the first instances of intraparty fighting. Following an 18-hour meeting, held under the leadership of Kılıçdaroğlu, some party members expressed their frustration over candidate selections and resigned. CHP's Istanbul province head Canan Kaftancıoğlu announced that she would be resigning from her post in reaction to the mayoral candidates; however, she later withdrew her resignation.