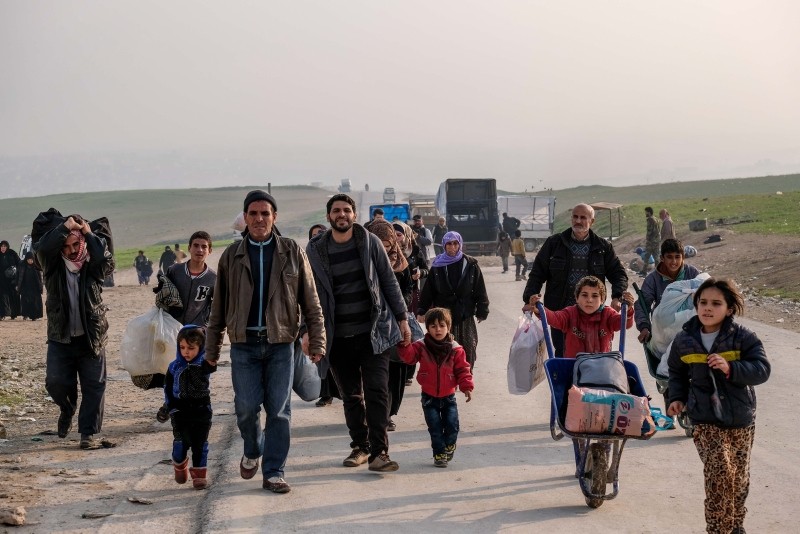 More than 311,000 Syrian refugees returned to their hometowns that were liberated from terrorist elements through Turkish military operations, the Interior Ministry said Monday.

"The number of Syrian refugees who returned thanks to the peaceful environment provided by Operation Olive Branch and Operation Euphrates Shield has reached 311,968," said Interior Minister Süleyman Soylu.

The returns of Syrian refugees have been possible recently thanks to Turkey's two operations: Operation Olive Branch and Operation Euphrates Shield. Turkey launched Operation Euphrates Shield in 2016 to clear western Euphrates provinces such as al-Ban and Jarablus from Daesh and the PKK's Syrian affiliate People's Protection Units (YPG). Operation Olive Branch, however, was launched in 2018, toward northwestern Afrin province, again to clear the region from the terrorist elements. Both these operations proved successful and achieved their goals of bringing peace to the region.

Following the operations, Turkey continued its activities in the provinces by putting emphasis on reconstruction, infrastructure and the formation of local administrations. The end result is rewarding for Turkey as Syrian refugees who were displaced from the region started to return to their liberated hometowns and restart their lives.

Soylu underlined that there are currently 3,644,342 Syrian refugees living in Turkey. The refugee flow to Turkey started at the beginning of Syrian crisis in 2011. So far, Turkey has spent some $30 billion for the needs of refugees living in tent camps as well as those living outside the camps on their own.

The minister also expressed that in the first five weeks of 2019, 6,523 irregular migrants were caught while trying to enter Europe.

The country has been the main destination for refugees trying to cross into Europe, especially since the beginning of the Syrian civil war in 2011. Every year, hundreds of thousands of migrants flee civil conflict or economic hardship in their home countries with the hope of reaching Europe. Some migrants are able to make the dangerous journey over land or sea with the assistance of smugglers who often abandon them especially during sea journeys, after receiving thousands of dollars from each migrant.

Others are stopped by Turkish security forces before crossing the border into Europe. Turkey's seas, particularly the Aegean in the west where Çanakkale is also located, have recently seen a large influx, with more migrants boarding dinghies to reach Europe. They travel in overcrowded and unsafe boats to reach Greek islands scattered across the Aegean region and only a few kilometers from Turkish shores. Deaths are common in these crossings as many migrants, despite paying thousands of dollars to smugglers, are forced to travel in rubber boats crowded far beyond their capacity.