Russia accuses US of setting up a quasi-state in Syria 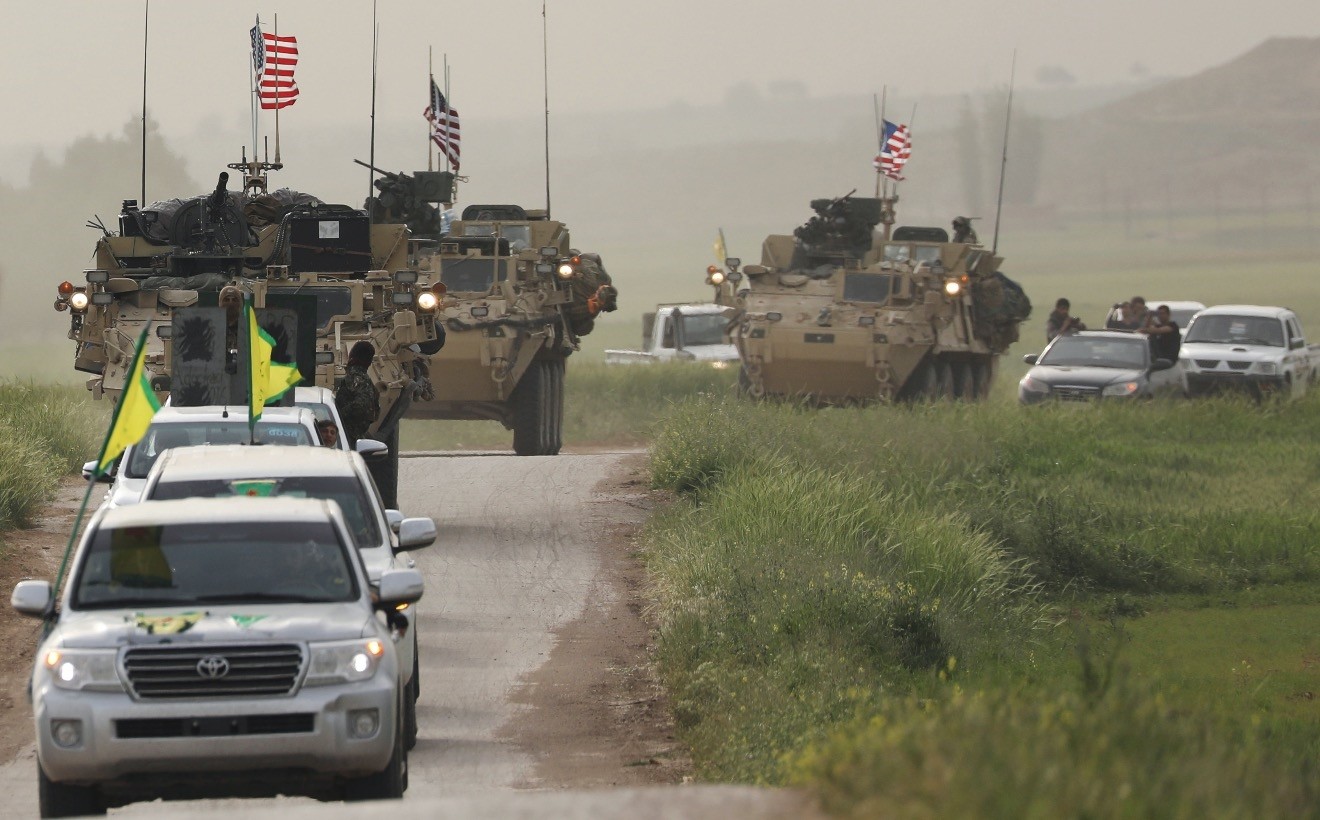 Although the U.S. has decided to withdraw from Syria, its ongoing support for YPG in the region has aroused suspicion in Russia, which claims that Washington's ultimate aim is to divide Syria by assigning territories to the terrorists

Moscow said Tuesday that Washington is seeking to divide Syria by establishing a quasi-state east of the Euphrates, adding that the withdrawal of U.S. forces will have a positive effect on reaching a settlement in the country. "The situation in northeastern Syria originates from the U.S.' illegal presence there. The U.S., under the pretext of fighting terrorism and taking the main Kurdish structures as allies, actually led to the formation of a quasi state on the eastern bank of the Euphrates," Russian Foreign Minister Sergey Lavrov said in a press conference.

A senior adviser to the Bashar Assad regime, however, flatly rejected the idea of giving the YPG a measure of autonomy yesterday, saying such a move would open the door to the partition of the country. "Autonomy means the partition of Syria. We would never allow the partition of Syria," Bouthaina Shaaban told Reuters on the sidelines of a Middle East conference in Moscow organized by the Valdai Discussion Club.

Although Washington recognizes the PKK as a terrorist organization, it has been lending support to the YPG under the pretext of fighting Daesh in Syria. The support has been strongly criticized by Ankara, which has emphasized that one terrorist group cannot be used to fight another.

Some top U.S. military commanders, specifically those in U.S. Central Command (CENTCOM), have close relationships with top YPG terrorists on the ground, who have been carrying out its activities under the umbrella of the Syrian Democratic Forces (SDF). They are also trying to water down the withdrawal process announced by U.S. President Donald Trump, asserting that the fight against Daesh is not over and the protection of their allies, the SDF, should be a priority. Gen. Joseph Votel, head of CENTCOM, met Monday with NATO ally Turkey's most wanted terrorist, the head of the PKK-dominated SDF in northern Syria, to discuss the withdrawal. The U.S. Army general, along with other senior U.S. generals, met with several prominent figures of the SDF at an airbase in northeast Syria and held a press conference with a small group of reporters.

In the meeting, Ferhad Abdi Şahin, code named "Mazlum Kobani," who is the commander-in-chief of the U.S.-backed SDF, called for about 1,000 to 1,500 international forces to remain in Syria to help fight the Daesh terrorist group and expressed hope that the U.S., in particular, would halt plans for a total pullout. His plea comes at a time when Ankara has been signaling a cross-border operation in northern Syria to eradicate the presence of the PKK's branches on its southern border.

Şahin, who is also a senior figure in the YPG, has been in the red category of the Turkish Interior Ministry's wanted list, which is divided into five color-coded categories, with red the most wanted, followed by blue, green, orange and grey. He is known to be close to jailed PKK leader Abdullah Öcalan and was sent to Syria after a civil war broke out in the country. "We would like to have air cover, air support and a force on the ground to coordinate with us," Şahin said, listing the SDF's requests from the U.S.

He reportedly said there were discussions about perhaps French and British troops supporting the SDF in Syria, but he stressed he also wanted at least "a partial group of American forces," who now number more than 2,000 in Syria, to stay as well.

Votel, however, said he was still carrying out Trump's December order for a complete U.S. withdrawal, signaling that American troops staying in the country is not on the table.

"We certainly understand what they would like us to do, but of course that's not the path we're on at this particular point," Votel told reporters.

When asked about any discussions on a U.S. presence in Syria, Votel said: "So the discussion really isn't about U.S. forces staying here. We've looked at potentially what coalition [forces] might be able to do here." In December, Trump announced that the U.S. would withdraw its troops from Syria, saying that Daesh has been defeated. Trump's abrupt decision, nevertheless, has raised a wide range of criticisms suggesting that Daesh continues to be a threat, and it is a betrayal for their ally on the ground, the YPG.