Former CHP chair Baykal swears in as deputy after recovery 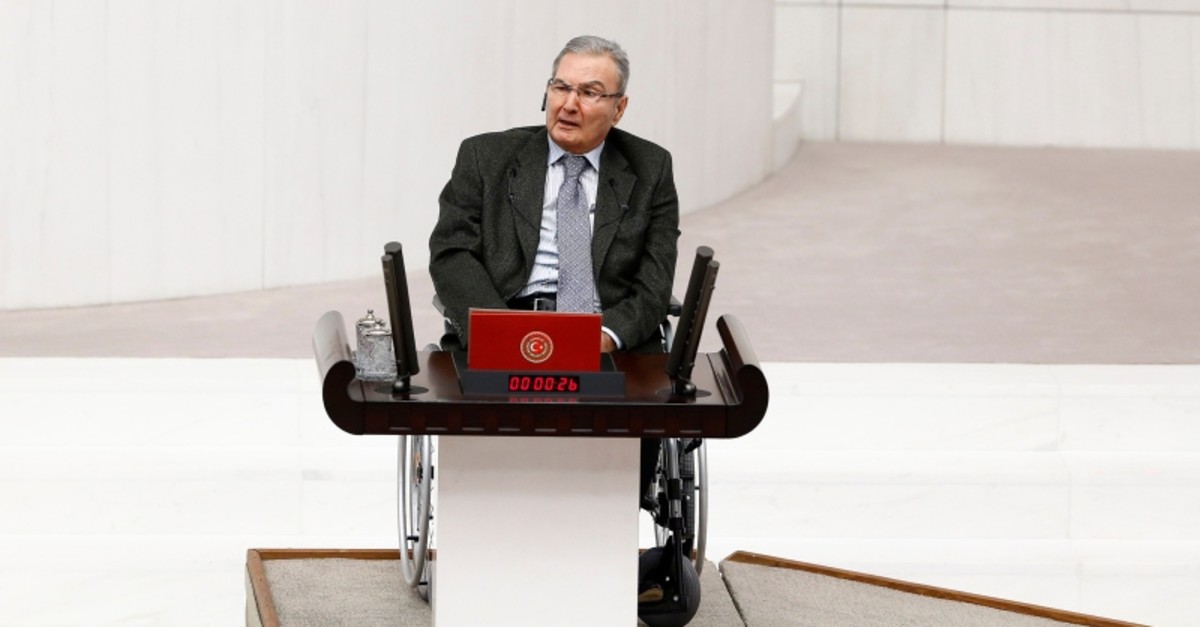 Long sidelined by illness, a senior Turkish lawmaker was finally sworn in Thursday for the current parliament, some eight months after winning re-election.

By taking the oath of office, Deniz Baykal, former leader of the main opposition Republican People's Party (CHP), made his long-delayed return to the Grand National Assembly of Turkey (TBMM), appearing for the first time since the general elections last June.

Baykal, who represents the Mediterranean province of Antalya, has suffered from circulatory problems in a major artery, and since October 2017 has been in hospitals in the capital Ankara and Munich, Germany receiving treatment, therapy, and rehabilitation.

Baykal has demonstrated "a huge struggle during his political life," said Deputy Parliament Speaker Levent Gök on the day Baykal rejoined the fold.

"I wish you health and peace," he added.

Baykal led the CHP between 1992 and 2010, with a brief seven-month interruption in 1995 and resigned after an election fiasco in 1999 that lasted for 16 months before he returned in 2000. He also served as deputy prime minister, foreign minister, energy and natural resources minister and finance minister in various cabinets the CHP formed or joined as a coalition partner.