Europe owes its safety to Turkey’s sacrifices, Erdoğan says in call for support for Syrians' return 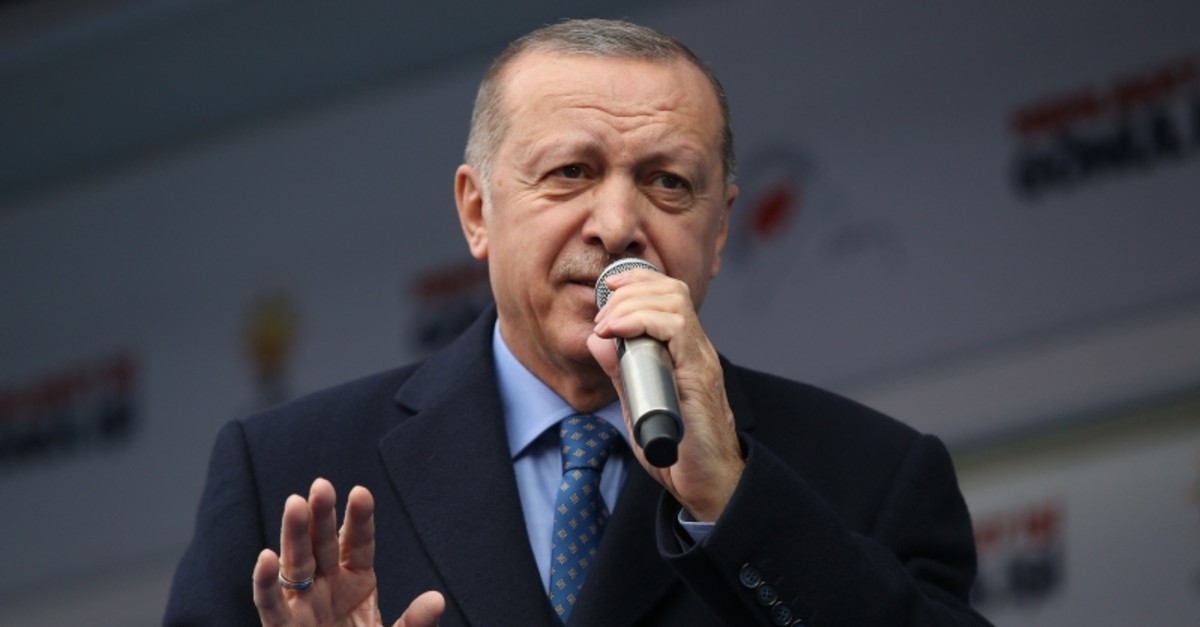 Europe owes its current peace to the sacrifices of Turkey and its people, President Recep Tayyip Erdoğan said on Saturday at a rally in southeastern Kahramanmaraş province.

The president said the Syrians, who fled civil war in their country and took shelter in Turkey, "missed their country" and were waiting to go back.

"They [Syrians] want to return to their homeland as soon as possible," he said.

Around 311,000 Syrians have returned to areas in Afrin, Jarablus and Idlib, all which have been cleared of terrorists by Turkish forces and its allies, he added.

Erdoğan noted that Turkey was pushing to make the region of Idlib totally secure and said Ankara had made "significant progress" in talks with Russia and Iran in this regard.

He underlined if cooperation from these countries was not possible, Ankara was determined to reach this goal via its own efforts.

Calling for support from the U.S. and Europe for Turkey's efforts to facilitate the return of Syrians to their country, Erdoğan stressed at least 500,000 Syrians were waiting for Turkey to secure the northern Syrian town of Manbij — currently under the control of the YPG/PYD/PKK terror group — before being able to return to the region.

"Millions of Syrians will return home when we secure the east of the Euphrates [River]," Erdoğan said.

Turkey has promised a counterterrorism operation east of the Euphrates in northern Syria, following two similar successful operations since 2016.

Since 2016, Turkey's Euphrates Shield and Olive Branch operations in northwestern Syria have liberated the region from YPG/PKK and Daesh terrorists, including Al-Bab, Afrin and Azaz, making it possible for Syrians who fled the violence there to return home.

In its 30-year terrorist campaign, the PKK has taken some 40,000 lives, including women and children. The YPG is its Syrian branch.