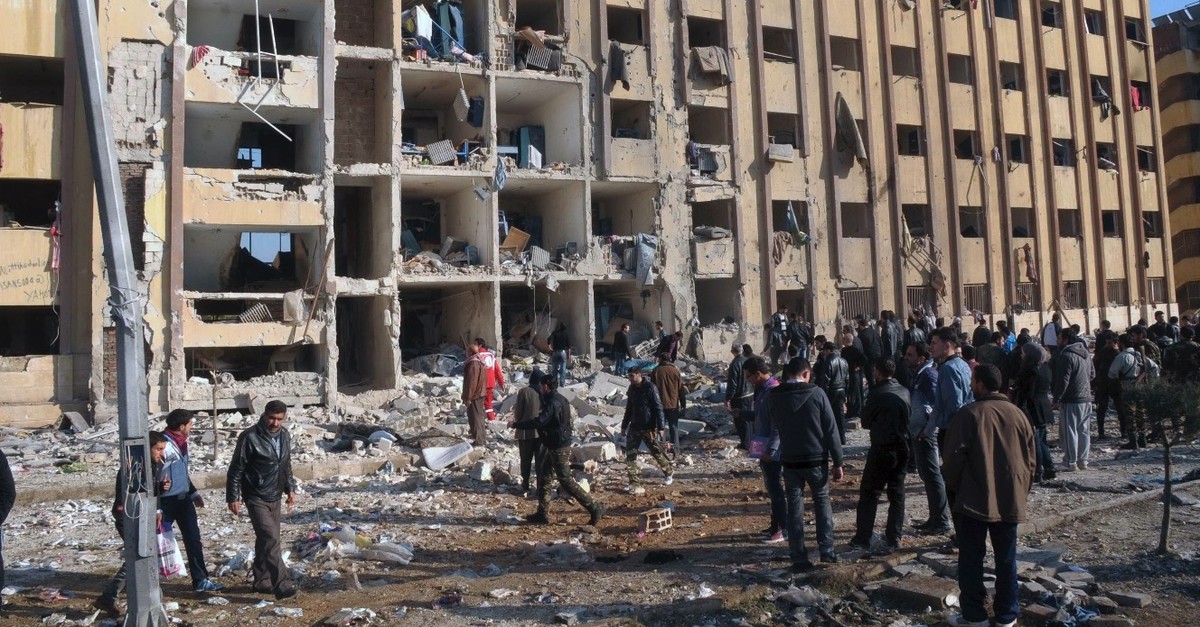 Turkish academics said there are currently around 400 Syrian academics working at Turkish universities as well as 20,000 Syrian students. They called on other countries to share the burden and preserve the academic heritage of Syria and the Middle East

Rectors of three prominent Turkish universities and a member of the Higher Education Board (YÖK) gave speeches at an event in Brussels on Thursday to discuss how to preserve the academic heritage of the war-torn Middle East and ensure the social inclusion of refugees. Academics also touched on how governments should handle shaping their policies and strategies in their efforts to enable refugees to integrate into society. Various figures from Brussels joined the panel, sponsored by the YÖK, the Yunus Emre Institute and its Academic and Scientific Cooperation Project of Turkey (TABİP), which are under the auspices of the Presidency of the Turkish Republic.

The panel started with a speech by YÖK board member Zeliha Koçak Tufan who reiterated that similar panels have already been held in the U.S., Germany and Pakistan and will continue in other countries. Speaking to Daily Sabah prior to the event, Tufan said they are striving to raise awareness about education and the related consequences of the war in neighboring Syria. "The Middle East isn't only about wars. There are academics, students and libraries. Turkey has experience in inclusion for these people in their universities, and we want to share our experiences with others," Tufan said. She added that YÖK amended its policies to help Syrian refugees be included in higher education in Turkey, such as holding specific exams for those who either had to stop their studies in Syria or those who need additional classes for recognition of their diplomas.

The rectors of three prominent Turkish universities and a member of the Higher Education Board (YÖK) gave speeches at an event in Brussels, Feb. 22, 2019.

In his speech "Refugee Crisis: The consequences of migration and humanitarian intervention - The role of Turkey," Galatasaray University Rector Eyüp Ertuğrul Karsak said the humanitarian approach in the refugee crisis should not only focus on food and shelter but also other fields, such as health care, education and labor. He added that according to a recent poll conducted with Syrian college students, 52.5 percent said they are not willing to migrate to a third country in the future. Karsak stressed that quick responses and long-term policies are required for the social adaptation of Syrians.

Middle East Technical University (METU) Rector Mustafa Verşan Kök commented on "Academic Heritage" and the responsibilities that it holds for everyone and gave examples of physical destruction of universities, libraries and academic life in war-torn Syria and Iraq. "Eighty-four percent of Iraq's educational institutions were destroyed in recent years," he said, stressing that Syrian students are exempt from tuition fees in the country and added that there are around 120 Syrian students in his university, METU.

Marmara University Rector Erol Özvar gave a speech entitled, "Academic integration of refugees into higher education system: Experience of Turkey and Europe." Commenting on the event, Özvar stressed that the YÖK-run Preservation of the Academic Heritage in the Middle East project aims to raise awareness about displaced Syrians. He added that refugees lack sufficient higher education opportunities and that they are ready to share their experiences. Özvar said there are currently over 100 Syrian students and 50 faculty members in Marmara University.