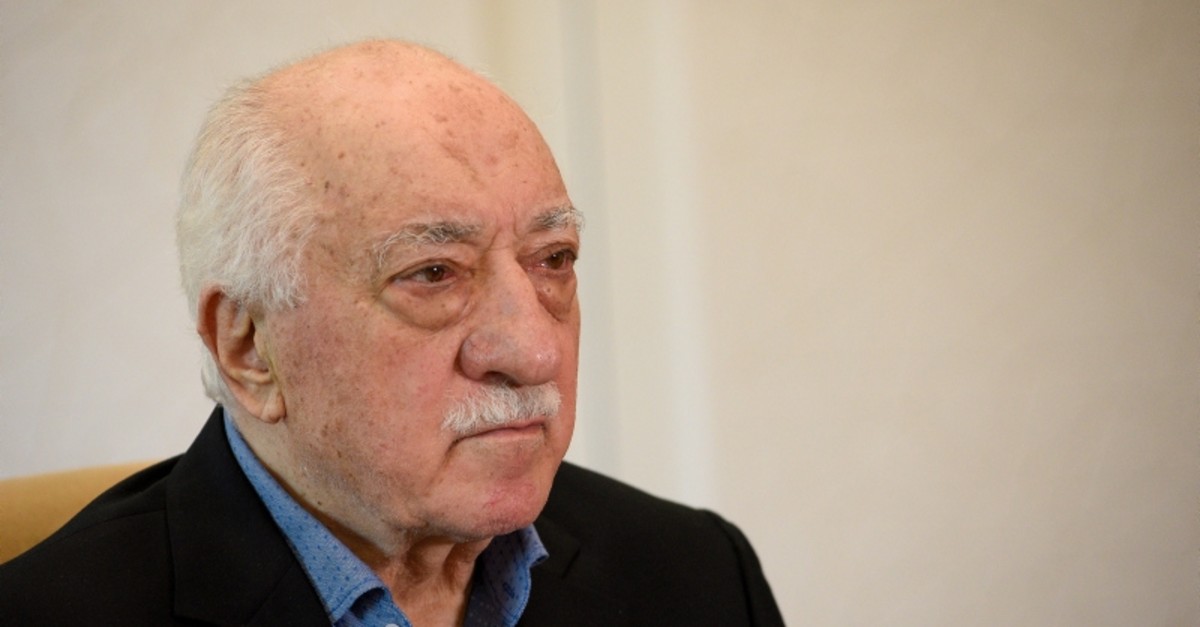 The head of a controversial religious cult behind a coup attempt against Turkey's democratically elected government, sham trials, imprisonment of adversaries and infiltration of state institutions through exam fraud was once again given the floor as an opinion leader by an international publication to spread his own propaganda and accuse Turkish authorities of turning their backs on Islamic principles.

The article published in prominent French daily Le Monde on Monday and penned by Fetullah Gülen, the leader of the Gülenist Terror Group (FETÖ) who has lived in a self-imposed exile in the U.S. state of Pennsylvania since 1999, claimed that Turkey has turned authoritarian as it moved away from main Islamic principles.

Gülen, who is accused by Turkish prosecutors of establishing an armed organization to suspend Turkey's secular constitution and democratic government, was described by the French newspaper as a "Turkish opponent" despite solid evidence of him directing the July 15, 2016, coup attempt that killed 251 people and injured 2,200 others.

Almost all Turkish political parties and circles except for his own followers accuse Gülen and FETÖ of staging the coup attempt, in addition to leading a decadeslong campaign to turn Turkey into a theocratic regime governed by Gülen's own interpretation of Sunni Islam, which had a very narrow following among the public even when the shadowy group was at its strongest.

Many pundits in Turkey and abroad also accuse Gülen, who is frequently referred to as an authority in Islam in the U.S. and Western Europe, and his international network of schools and businesses of collaborating with the U.S. since the early 1980s to implement a religious theory known as "moderate Islam." The theory, which was among the methods used to contain the USSR at the time, was part of the formation of a "Green Belt" that included close relations with the Saudi hardliners and Afghan mujahideen. Following the end of the Cold War, Gülen's network rapidly expanded in Turkey's surrounding regions of Central Asia, the Caucasus, the Balkans and the Middle East.

In the article, Gülen argues that democracy is the most compatible form of governance with Islam and criticizes the ruling Justice and Development Party (AK Party) and President Recep Tayyip Erdoğan for only interpreting this as religious freedoms but ignoring the rule of law and minority rights. Yet, many in Turkey remember how Gülen's followers gained control of key state institutions through deception, mass exam fraud and purposeful appointments just a few years ago. In the meantime, hundreds of thousands of young people missed out on public careers or simply were compelled to side with the shady group to seek benefits.

The judiciary and the police were FETÖ's primary focus, and once Gülen's followers gained control, they unleashed their wrath on their adversaries though sham trials based on fake evidence, illegal wiretappings and abuse of judicial and police powers. Hundreds of active or retired public and military officials, journalists, academics and politicians from various political groups were implicated in Ergenekon and Balyoz trials of scheming to overthrow the government in a military intervention. Although Kurds, Alevis and secularists and are specifically mentioned in Gülen's piece as minorities in Turkey that should be treated equal, FETÖ primarily targeted these groups in their infiltration campaign in state institutions through profiling, mobbing or subjecting them to investigations, at times launched through sex tapes. Even the chairman of Turkey's main opposition Republican People's Party (CHP), Deniz Baykal, had to resign shortly before 2011 elections after he was targeted in a sex tape scheme widely believed to be launched by FETÖ.

FETÖ also disrupted the rule of law after launching two series of mass raids, dubbed as corruption operations, against the government and figures linked to their families in 2013. The operations on Dec. 17 and 25 were conducted through illegal wiretapping and evidence gathering while ignoring the state hierarchy. The operations, now widely described as the initial coup attempts by FETÖ, not only breached legal and ethical limits, but also damaged the actual fight on corruption through politicizing the judiciary and the police.

The trials and other related investigations, which gained partial support of the Turkish public as a move to end the military's dominance in politics and finally close a dark chapter in Turkey's history associated with U.S.-backed counter-guerrilla operations and political murders, paved the way for FETÖ to finally infiltrate the strictly secular Turkish Armed Forces (TSK). The result was the coup attempt, a suicidal mission launched by Gülenist officers and their civilian links after they were targeted in a series of operations.